Are Deals Moving in Opportunity Zones After All? 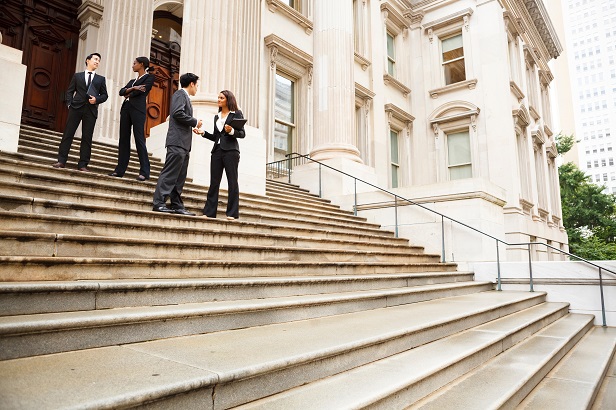 ➤➤ Join the GlobeSt.com ADAPT: Opportunity Zones conference September 16-17 in Baltimore, MD The new national conference series is aimed at identifying Opportunity Zones across all property types and geographic regions. This first-of-its-kind event will educate, connect and celebrate the investors, developers and owners with the people behind the planning and decision-making, such as architects, consultants, academics and, most importantly, municipal officials. Also, be sure to take a look at our current adaptive reuse and opportunity zone nomination form and submit your project! Deadline is fast approaching June 7th. Click here to register and view the agenda.

NEW YORK—The general consensus about Opportunity Zones has been that while interest in these areas is intense, there has been little activity. Most of the capital poised to invest in Opportunity Zones, so the theory goes, is waiting on the sidelines until the Treasury Department clarifies more regulations. Indeed, a recent report by Reonomy found that investment levels and prices in Opportunity Zones are actually declining, as investors wait for more clarity.

A study by Real Capital Analytics disputes this notion, finding that both investment and prices are rising in Opportunity Zones. Report author Jim Costello found that there are signs that the program is making a difference when looking at the variation in sales activity between Opportunity Zones and areas that were not selected.

The study looked at both Opportunity Zones and areas that were not selected to be part of the program—tracts that Real Capital Analytics termed “Also Rans.” Theoretically, both of these areas were ripe for redevelopment and both should see more activity as cities grow and populations expand.

To see if the program was making a difference Real Capital Analytics looked at the sale of sites and properties scheduled for development in the three Census tracts types. If sale activity grew in both the Opportunity Zones and the Also Rans, it would suggest that the program was not needed, Costello writes.

This is what the team found. 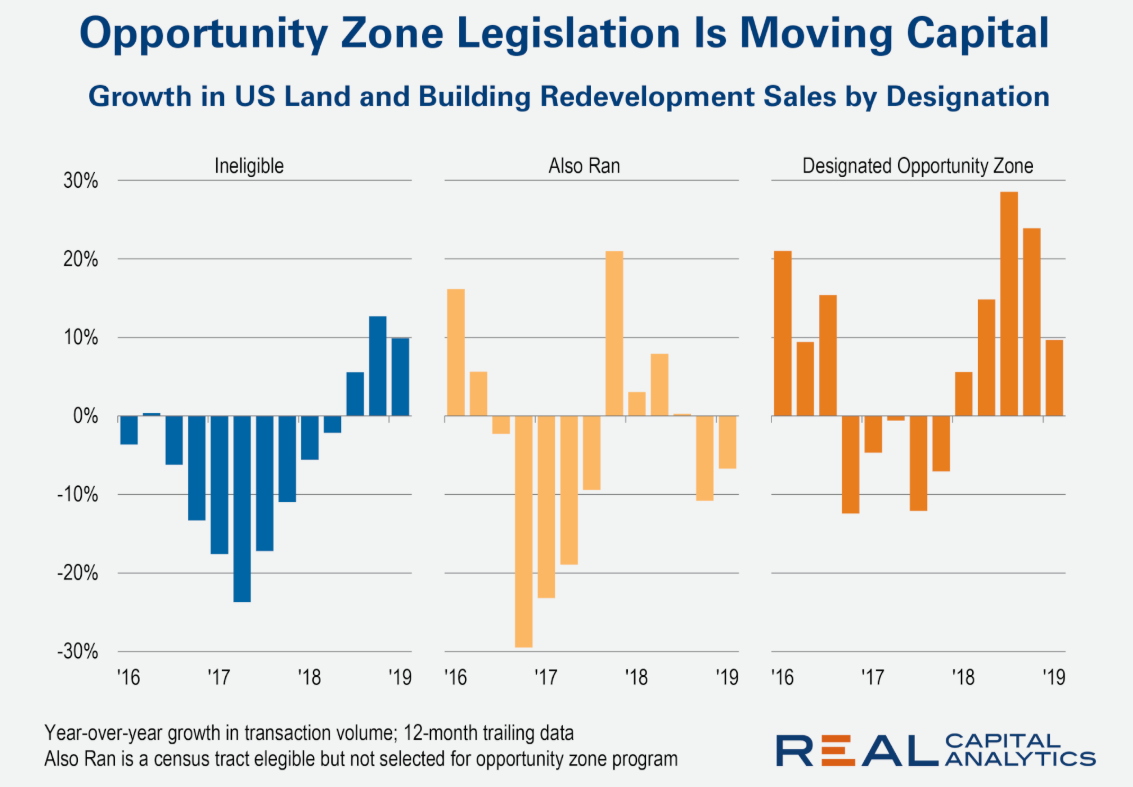 The chart shows that in 2018 the sale activity for development-oriented type projects was falling in the Also Ran areas even as it grew in the Opportunity Zones.

There are some caveats to this finding, the study said. Some of the turnaround in the decline for development-related sales starting in 2017 likely came from the revamp of bank lending standards for construction loans. Also, the pullback of those so-called high volatility commercial real estate loans had crimped capital availability across census tracts of all types starting in 2015.

The study further notes that total development-related sales volume in the Also Ran zones is significant: $8.4 billion over the 12 months through Q1 2019, or 32% of the US total. The growth rate for such sales in the Opportunity Zones is higher, in part, because the base of sale activity is smaller: $3.7 billion, or 15% of the US total.

Nonetheless, the study concludes, “the fact that development-related sales are growing in Opportunity Zones as such activity is shrinking in the Also Rans is evidence that this program is not just a buzz item.”

One reason for the growth Costello tells GlobeSt.com, is that the Opportunity Zone program is inspiring property owners that have held lower-quality assets with deferred maintenance to finally sell the assets. Properties, in short, are not selling for top dollar. These properties “are being sold on the cheap and with those deals growing in the area, the simple average price will fall as the average will suddenly include a lot more of these lower priced assets,” Costello says.

That said, prices are actually climbing in the Opportunity Zones, he continues. The index RCA developed to look at Opportunity Zones versus the rest of the US controls for the quality differences between properties and excludes prices for redevelopment properties “so as to get at the fundamental market trends.” Hospitality Portfolio Trades for $225M With Eye on Conversion

Lockwood Development Partners bought a nine-asset portfolio with plans for repositioning them into affordable housing.