The 345,000-square-foot mixed-use development is on track to open in the first half of 2020 and developer Andrew Hellinger answered some questions about the project’s path to market.

MIAMI—River Landing Shops & Residences, a 345,000-square-foot mixed-use development is on track to open during the first half of 2020. The project will have retail/commercial space, 135,000 square feet of office and 528 market-rate apartments.

Andrew Hellinger, principal at Miami-based Urban-X Group, who along with Coralee Penabad, is developing River Landing, recently answered a few questions about the project.

What prompted Urban-X to initially invest along the Miami River and propose the development of River Landing Shops & Residence?

River Landing Shops & Residences is on a 10-acre parcel along the shores of the Miami River and the location is almost hard to replicate anywhere in Miami. The parcel, near the Jackson Memorial Hospital west of downtown Miami, was once owned by Miami Pioneer Henry Flagler. When we were looking for opportunities for development almost a decade ago, we wanted to go to areas where other developers were not building just yet. We wanted our development to become a catalyst of change and spur economic activity. Our goal wasn’t just to build a project. We wanted to build a community with River Landing at the heart of it, pumping life into the community by providing quality retail, dining opportunities, cultural events, entertainment, market-rate apartments, Class A office space and, more importantly, access to the bustling Miami River. Prior to developing River Landing, the area lacked a cohesive environment and had few conveniences, despite being home to the country’s second largest Health District. The area has one of South Florida’s largest day-time populations of nearly 50,000. River Landing is also within easy access to Downtown Miami to the east and the Miami Airport to the west giving it a central location within the marketplace. 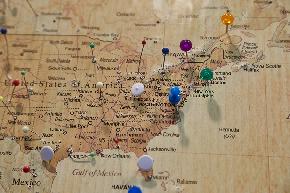 Kairos Investment Management Company is capitalizing on the supply-demand imbalance of affordable product in growth markets.