Debt and logistics made closing tough, but things are improving.

“We invest in a fairly narrow type of property, which is medical office, life science and laboratory properties,” O’Connor says. “Without a lot of creativity, the reason why we named the company MLL is because of the property types that we focus on.” Usually, medical, laboratory and life sciences are recession-resistant sectors. But the COVID-19-inspired economic shock has forced furloughs and layoffs in medical offices. Those issues are causing problems in the transaction market. “Transactions are more difficult to do,” O’Connor says.

MLL was still recently able to acquire a 63,067-square-foot medical office building in the Ravenswood neighborhood on Chicago’s North Side.

“The liquidity on the debt side of the equation is there [now],” O’Connor says. “We were fortunate that we had a lender who stuck with us and closed on time. We know that’s not the case for everyone.”

When he was closing the deal in Chicago, those issues with debt were even more pronounced. “There certainly was a period of time where lenders were taking a pause on the market,” O’Connor says. “I do think the property type that people might be looking to buy has a big impact on the availability of debt today.”

Equity is also still out there in the market, though caution prevails. O’Connor sees that as an opportunity.

“Equity still has a strong interest in these assets, given their long-term durability and resilience compared to what we’re seeing in hospitality and retail right now,” O’Connor says. “There are certain groups that have issues that are causing them to take a more cautious approach. We view this as a time for our company to continue to grow. So we’re actively looking to buy properties.”

For medical and life science property owners who want to sell, there are still questions, though. “It’s an understandable reaction for sellers’ to wonder if uncertainty will filter into underwriting and therefore pricing,” O’Connor says.

Whether someone is a buyer or seller of commercial properties, logistical problems can stymie transactions.

“Some of the challenges that we were facing as really both seller and buyer were previously thought of as little things, such as how do you record a deed when the recorder’s office was suddenly closed to the public due the stay at home orders and would not accept deeds via courier service,” O’Connor says. “Some of those things that were scary to people have now disappeared over the last couple of weeks.”

O’Connor says there was a period of time where it wasn’t clear how long it would take for some recorder’s offices to be able to receive a deed and record it. The lag could have created a gap for a title insurer in providing title insurance coverage to a buyer or a buyer’s lender.

O’Connor says those issues were present when he closed on the office building on Chicago’s North Side. “I don’t know that they’re present in the market today,” he says.

The JLL survey found that 58% of office workers missed the office, with those 35 and younger showing a stronger desire to return. 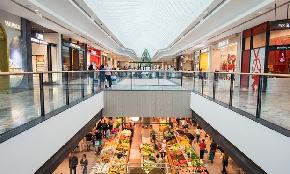 Why This Might Be the Moment for Coworking Spaces in Mall

Parking and stairs could make malls attractive in the COVID era.