US Office Market Looks Solid for 2016

CHICAGO—Tenants absorbed a huge amount of space in the fourth quarter, and according to JLL, the absorption in the first quarter outpaced the level reached one year ago.

CHICAGO—After putting up remarkable numbers in the fourth quarter, the US office market seems poised for another solid year. According to a new set of statistics from JLL, in the top 50 markets, tenants absorbed about 7.7 million square feet of space, far below the fourth quarter results, but well above the roughly 6.3 million during last year’s first quarter.

“It’s not unusual for the first quarter to be a little bit slower,” Julia Georgules, vice president, US director of office research, as users tend to reset and reassess around the New Year. But in the last three months of 2015, users absorbed about 18.7 million square feet, the most for the US office market post-recession. 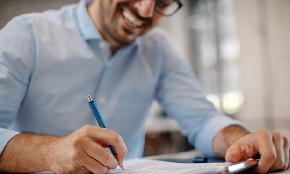 Like many companies, third-party diligence companies are feeling the strain of supply chain disruption.