Similar to runner’s high, being in the zone or being in the pocket, flow is a state of rapt attention and total absorption that can raise productivity 500%, author Steven Kotler tells attendees at PCBC here Thursday.

SAN DIEGO—Similar to runner’s high, being in the zone or being in the pocket, flow is a state of rapt attention and total absorption that can raise productivity 500%, author Steven Kotler told attendees at PCBC here Thursday. The keynote speaker, a former journalist who has spent four years investigating the leading edges of harnessing rare and controversial states of consciousness to solve critical challenges that can help individuals and organizations outperform the competition, has also written the New York Times best-selling book Stealing Fire, a provocative examination of what’s actually possible; a guidebook for anyone who wants to upgrade their life radically. He is the co-founder and director of research for the Flow Genome Project.

Kotler spoke of technology as advancing along an exponential growth curve, saying that seven years from now, laptops will have the same computing capacity as the human brain. Biotech is doubling in power every four months, and today, 50% of the human body is replaceable by bionics. 3D printing is also advancing quickly, and through it, we have the ability to build a five-story apartment building in an afternoon. Artificial intelligence is growing by leaps and bounds, and we will eventually have a diagnostic supercomputer in the cloud. “AI can now identify construction problems months before they occur.” 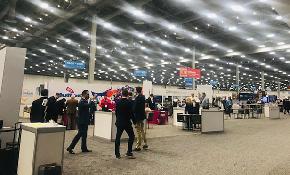