When legendary NYC-based developer and visionary Sam LeFrak took on the task of developing vacant and vandalized rail yards on this city’s Hudson River waterfront back in the mid ’80s, he conjured up a package of five million sf of office space and other uses. That’s a lot of space-fully half of the amount that exists in the massive World Trade Center directly across the river in Manhattan.

And it’s not enough. For now, the Lefrak Organization is limited by state and local regulations to “only” that five million feet of office space at what is now called Newport Center, the company’s 400-acre planned community. But that space cap could change, and soon.

Indeed, the office market is so hot all across Northern NJ, and demand for space is so high, that Sam LeFrak and son Richard are seeking city and state approvals to up the ante to at least seven million feet, and perhaps more. “I can’t build space fast enough,” the elder LeFrak admits.

They’ll have to raze some low-rise retail to accomplish it. The specific site on which additional office towers would rise is currently occupied by several retail tenants, including International Food Market and a Pep Boys auto store. But the plan for more offices has the solid backing of JC Mayor Bret Schundler, who comments that “it could make economic sense for them to buy out the retail leases and redevelop the area for high-rise office use.”

Schundler has continually pushed for more development along the waterfront, while at the same time battling the administration of Governor Christine Todd Whitman and lawmakers in Trenton. State officials, seeing Jersey City’s redevelopment success, have been trying to cut the city’s state funding and divert it to other cities.

“Only one-third of our budget is covered by local real estate taxes,” he told GlobeSt.com. “So when the state tries to cut our funding, the pressure falls on our taxpayers to make up the difference. That just isn’t good for business, or for our private citizens.” SRC Will Rehab Newly Acquired Multifamily PropertyEAST ORANGE, NJ-The Crescent, now 38 years old, is expected to regain full occupancy once work is completed.Eric PetersonStrategic Resources Corp., the NY-based investment advisor and fund manager, has acquired the 266-unit, 330,000-sf high-rise Crescent apartment complex in this Newark suburb, on behalf of Phoenix Four Inc., an opportunity fund that it manages. SRC EVP James J. Hopkins structured and negotiated the complex deal. The seller was an institutional lender, and the sale price was not disclosed.

Built in 1962, the complex is said to be about 75% occupied, a relatively low number in this tight multifamily market. That’s especially a problem given the fact that the property is located adjacent to a neighborhood of upper class homes.

To correct that, the new owner will do a rehab. “One of our primary objectives will be to restore its luster,” according to Brian Ricklin, SRC’s director of asset management. “We will address both its physical appearance and its mechanical systems.” He projects full occupancy within 18-24 months.GMAC Commercial Deals $8.1 Mil in FinancingHIGHLAND PARK, NJ-Fixed-rate permanent money is set for apartment complex located in Middlesex County.Eric PetersonGMAC Commercial Mortgage’s Red Bank, NJ office has arranged a package of $8.1 million in fixed-rate, permanent financing for a 192-unit apartment complex in Highland Park, NJ The beneficiary of the loan is Highland Montgomery, LLC.

Altogether, the property totals some 97,000 sf of living space and common areas in four buildings on a 6.6-acre site in this community, which is situated across the Raritan River from New Brunswick. GMACCM vice president John D. Motzel arranged the Freddie Mac transaction.

Based in Horsham, PA, the mortgage brokerage firm is a wholly owned subsidiary of GMAC Commercial Holding Corp.

Stagflation Likely, But 'Short Lived' As Inflation Heats Up 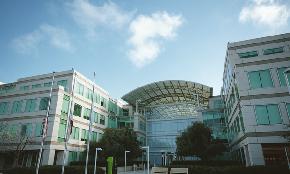