ORLANDO-A Minneapolis-based real estate firm and the National Basketball Association jointly plan to use the 350-seat, 17,000-sf asset as a prototype for a worldwide chain. The acquisition price was not disclosed. Hard Rock Cafe International of Orlando launched NBA City last September but later sold or transferred its interest to the NBA to shore up company finances.

The new owner and the National Basketball Association jointly plan to use the NBA City concept as a prototype to develop a worldwide restaurant chain. The NBA sold the restaurant and expansion rights to the Minnesota firm.

Hard Rock Café earlier had transferred or sold its stake in the asset to the NBA, according to area restaurant industry officials familiar with the deal.

The NBA generates revenue from the use of its name and by the sale of NBA-licensed merchandise inside the restaurant. 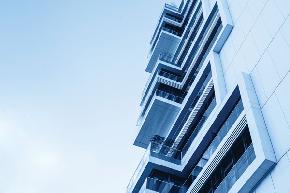 Multifamily Underwriting Assumptions Are Up Over Pre-Pandemic Times