PORLTAND-After a battle over design, the internationally renowned jeweler and specialty retailer will open a 7,500-square-foot store at the base of the Pioneer Place parking garage in November.

After compromising on design issues, Tiffany & Co. will open a 7,500-sf store in the ground floor of the Pioneer Place parking garage at 4th Avenue and Yamhill Street.The store will be located at 330 S.W. Yamhill, where Copeland Sports operated before moving to ODS Tower earlier this year. It will be distinguished by signature Tiffany architectural elements, including a polished granite entry arch with Atlas clock, cherry wood panels, and stainless steel framed glass showcases and vitrines.

The exterior will also incorporate two show windows and four windows that provide an unobstructed view into the store – something the company fought not to do, City Hall sources tell GlobeSt.com. The company apparently wanted their traditionally windowless, vault-like look, but Portland city codes require a more open, pedestrian-friendly design.

The city also wanted the entrance to the store to be on the corner, similar to space on the other three corners of the intersection. Ultimately, the Association for Portland Progress got into the mix on behalf of Tiffany’s, and a compromise was worked out. The design commission got windows that pedestrians can see through, and Tiffany got an entrance on Yamhill, facing Pioneer Place II.

The controversy wasn’t mentioned in today’s announcement by Tiffany’s, though some veiled references were made Beth O. Canavan, executive vice president of Tiffany & Co. “We look forward to playing an active role in the corporate and civic life of Portland,” she stated in the release. “It is our goal to open a Tiffany & Co. store that is a worthy addition to the commercial landscape.” 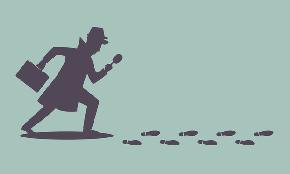