HALLANDALE, FL-This southern Broward County city has given the green light to construction of a high-rise office development in an area that is considered blighted and in need of a facelift.

Developer Richard Waserstein has received local approvals to build a 130,000-sf office building at 900 South Federal Highway in an area that forms Hallandale’s gateway from Miami and other points south. The project’s anticipated cost is $35 million ($269.23 psf).

Plans call for a two-tiered tower of 16 and 19 stories sheathed in blue and gray glass. There would be 125,000 sf of rentable space, including some non-office uses such as at least one restaurant and possibly a branch bank. Parking is to be provided in a four-story garage. Class A office space in this area has recently averaged $24.86 psf. The office vacancy rate is 15.8%.

Waserstein is aware of the area’s need for revitalization. “We designed our building to make a statement,” he says, “and to spur new and similar projects.” In addition to the redevelopment benefits, Hallandale is also expected to gain more than $600,000 annually in taxes, according to the developer. 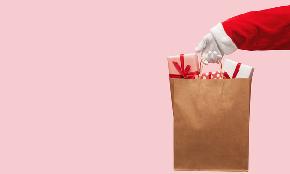 Retail sales, excluding autos and gas, are at an all-time high, hitting $500 billion in October.