The Portofino shopping center, designed to bring a little bit of Venice to suburban Houston, is nearing completion.

The center, which will contain some 600,000 sf, is being constructed on an 88-acre site along Interstate 45 in the Shenandoah community. A one-quarter mile canal, eventually featuring eight gondolas, will stretch across the front of the property. Shoppers entering the center will drive across an arched Venetian bridge leading into the project. It also will have waterfalls, a large fountain and dense landscaping.

The $75 million center is being developed by Houston-based Jeffco Development, which specializes in retail centers. Portofino, designed by the Hermes Reed Architecture firm, will have statues, archways and a replica of a large Italian large bell tower – all designed to reflect the European character of Venice.

The Oshman Sporting Goods store, designed with architecture borrowed from an Italian church, recently opened. Many of the other stores are scheduled to be open by Thanksgiving. Other tenants in the shopping center will include Old Navy, Stein Mart, Conn’s, Michael’s, Famous Footwear, Dress Barn and several restaurants.

The center is located about 25 miles north of downtown Houston. Jeffco, a real estate firm owned by Jim Fisher, has developed a number of smaller retail projects in the Houston area. 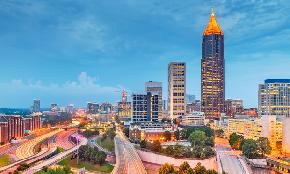