PALO ALTO, CA-The university wants the 2,000 acres of foothills surrounding its campus to remain untouchable for the next decade; county officials say the land should stay undeveloped for 25 years; the public wants more

PALO ALTO, CA-Stanford University, the largest landowner on the San Francisco Peninsula, has come under fire from neighbors who say it is encroaching on open space.

Last fall, the school submitted a development plan for future growth to Santa Clara County officials — for the first time in a century. In that plan, Stanford said the 2,000 acres of foothills surrounding its campus would remain untouched for the next decade. County officials say the land should stay undeveloped for 25 years.

At a public hearing last week, members of the Stanford Open Space Alliance and other organizations argued that neither plan goes far enough, and that Stanford should commit to permanent preservation.

Stanford is proposing to increase density on its 8,000-acre campus by a third, building 4 million sf of academic space and housing during the next 10 years.

Stanford Open Space Alliance director Peter Drekmeier and other dissenters are skeptical that the 25-year preservation limit will hold out. The university’s accelerated growth plan might mean it will ask for more land in 15 years, they say.

Stanford’s plan comes before the Santa Clara County Board of Supervisors in October. 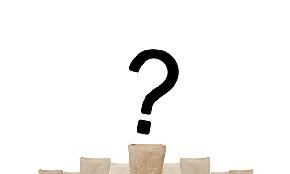