SAN LEANDRO, CA-To accelerate redevelopment efforts, Alameda County officials have voted to take control of 24 commercial properties in and around this city using eminent domain; the city votes next week.

SAN LEANDRO, CA-To spur redevelopment efforts, officials in Alameda County voted this week to take possession of 24 commercial properties in and around the city of San Leandro using eminent domain. Eminent domain is the right of a government to take private property for public use, just compensation being given to the owner. In this case, Alameda County and the city of San Leandro want to merge several parcels to make them more attractive for redevelopment.

The parcels are located in the Ashland and Cherry districts, in an area extending south along East 14th Street and on Mission Boulevard to Grove Way. Seventeen of the properties are in unincorporated Alameda County, seven are in San Leandro.

Fourteen of the properties sit on East 14th Street between 153rd Road and 166th Avenues. The other three are at 19648 and 20478 Mission Blvd., and 1411 165th Ave. County officials say they will take steps to relocate existing businesses in the area.

Details were not immediately available on the owner of the properties, or the proposed compensation. The matter goes before the San Leandro City Council on Sept. 18, says Debbie Potter of the city’s redevelopment agency.

“The (redevelopment) project area has over 3,000 parcels,” Potter tells GlobeSt. “We already have eminent domain on about 150 parcels. This is part of an ongoing process over the life of the redevelopment plan.” 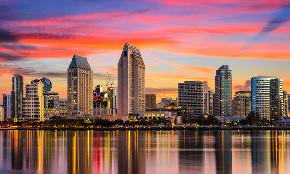