AUSTIN-The state capital's single-family housing market has hit an all-time record, up 15% from second quarter 1999 in a gold-rush economy that has had $901 million in venture capital pumped into it in the first six months of this year. Meanwhile 83 miles southwest, San Antonio is experiencing a slump.

AUSTIN-The state capital’s single-family housing market has hit an all-time record, up 15% from second quarter 1999 in a gold-rush economy that has had $901 million in venture capital pumped into it in the first six months of this year.

The research group updates its market analysis every 90 days, releasing yesterday the findings for this year’s second quarter. Austin developers have undertaken more than 11,400 new housing starts this year and more than 10,000 apartments. Despite the brisk construction, Inselmann says “we probably haven’t been able to meet the housing demands of the past couple of years.” The leading shortage lies in housing below the $100,000 level. “It’s almost extinct,” says Inselmann.

Those in charge – developers and lenders – will continue to feel pressure to produce housing for the region’s population explosion, according to the market advisory firm which produces analyses for home builders, lenders and developers. “Factor in a new-home market with almost no finished inventory available for sale and an extremely tight supply of vacant developed lots, and the outlook is for a very active end to the year 2000, and an active start in 2001,” Inselmann predicts.

Venture capital, mostly targeted at a burgeoning base of high-tech companies, is up 13% from 1999′s $794 million, making the investment total the highest in the state. From startups to expansions, Austin’s daily news centers on high-tech companies.

Records have been set in the annual rate of second-quarter housing starts, which totaled 11,416 units, and annual starts, which has shot up for the 11th consecutive quarter. A 21% increase has occurred in second-quarter, single-family closings and annual rate closings – setting more record highs, says Inselmann. He says the gap between annual rates for starts and closings has narrowed in recent quarters. “This phenomenon is tied to the existing shortage of lots in the market, a situation which has prevented builders from beginning construction on the volume of homes adequate to meet current demand,” he concludes.

The Round Rock market area is accounting for 22% of all new-home starts over the last 12 months ending in June. The Cedar Park and Pflugerville market areas each have captured 15%, while the Southwest market accounts for 13%.

The top 10 communities in the Austin area, based on the rate of annual starts, are: Steiner Ranch, Western Oaks, Cambridge Heights, Jester Farms, Stone Canyon, Sendera, Lake Pointe, Lakeway Area, Sarah’s Creek and Shady Hollow Villages. The dominant price range is $110,000 to $150,000. New home starts in the $85,000 to $110,000 range have dropped for the second consecutive quarter while starts below $85,000 are practically nonexistent. In comparison, starts for homes priced above $300,000 is up 200%, says Inselmann.

American Metro/Study Corp. simultaneously released its second-quarter analysis for San Antonio, located 83 miles southwest of the capital. It too is experiencing a strong demand for high-end housing.

San Antonio’s new home starts have dipped in the second quarter, down nearly 10% from the 8,112 units recorded in second quarter 1999. Also decreasing is the city’s annual closings rate.

San Antonio has 3,267 new homes under construction, finished and sitting vacant or model homes, equating to a 5.2-month supply based on the current closing rate, according to Inselmann’s calculations. “The key indicator of the health of the housing industry is the months of supply of finished vacant units,” assesses Inselmann. At June’s end, there were 830 finished vacant units in inventory, or a 1.3-month supply. The slight decrease from the 1.6-month supply at the end of 1999 is an indicator “that the home-building community has responded quickly to decreasing demand by clearing the inventory of homes not yet closed,” he concludes.

Inselmann predicts continued strong activity in upper-price ranges due to relocation and the reduced impact of higher mortgage interest rates at this level. Higher mortgage interest rates have affected the demand for new homes priced under $150,000. The analysis shows a 3% decrease over the last four quarters for homes carrying price tags between $85,000 and $150,000, while the $60,000 to $85,000 sector has dropped by more than 40% for the same period. He attributes the decline to “the difficulty in producing new housing in this price range.”

Higher interest rates continue to make it difficult for buyers in this market segment to qualify for the purchase of a home, but the lack of significant lot development in this price band is also a factor in the low-end housing market’s decline, says Inselmann. Currently, there are only 600 developed lots available for housing priced below $85,000. He expects the overall level of housing starts in the San Antonio market may remain below the 7,500-unit range.

“If the San Antonio market continues to experience annual job growth in the 18,000-to-20,000 range as economists forecast, and interest rates show a decline in the next few quarters, the new-home market will once again see an increase in activity in most price segments,” predicts Inselmann.

American Metro/Study Corp., founded 25 years ago in Houston, is among the nation’s largest provider of proprietary single-family housing data and research in the US. The research group has offices in Houston, Austin, San Antonio and Dallas-Ft. Worth; Raleigh-Durham, NC; Orlando, Jacksonville, Tampa and Boca Raton, FL; Atlanta; and Chicago plus operations in 25 markets representing 25% of the nation’s housing starts. 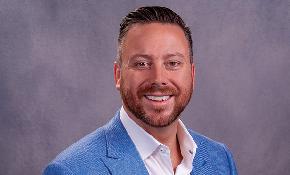 How to Spot the Perfect BTR Market