City Close to Owning Half of Army Barracks

VANCOUVER, WA-The House of Representatives approved legislation this week - and the Senate is expected to follow suit - authorizing the U.S. Army to transfer half of the 151-year-old barracks at no cost to the city.

VANCOUVER, WA-City Government is close to owning the western half of the U.S. Army’s 151-year-old Vancouver Barracks.

The House of Representatives approved legislation this week, and the Senate was expected to follow suit authorizing Army Secretary Louis Caldera to transfer the western half of the property at no cost to the city. The secretary will transfer the west barracks to the city as soon as next spring. The city wants to redevelop much of the property. To date, it has committed to spend $6 million to install new sewers, roads and other infrastructure.

Also this week, President Clinton signed a spending bill that containing $60 million for Washington projects, including $2 million for preserving buildings at the west barracks. The Vancouver National Historic Reserve is heading up efforts to raise – from both public and private sources – the remaining 85 percent of the estimated $40 million restoration bill. 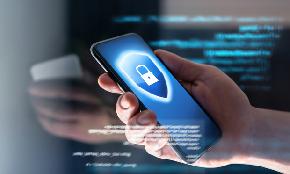