SEATTLE, WA-J. Peterman's 2-year-old Pacific Place store in downtown Seattle is closing, along with all the company's shops across the nation. The closures are part of a Chapter 11 reorganization in which the company will refocus on catalog retailing.

SEATTLE, WA-J. Peterman’s two-year-old store in downtown Seattle is closing, along with all the company’s other shops throughout the country. The Lexington, Ky.-based company filed for bankruptcy protection in January 1999, citing soft catalog sales, delayed store openings, and over-zealous growth plans.

The Pacific Place shop will close in January as part of a reorganization in which the company will return to its focus on catalog retailing. The Lexington, Ky.-based company began expanding in 1995, after receiving national attention when a character on the TV show Seinfeld got a job writing ad copy for the company. 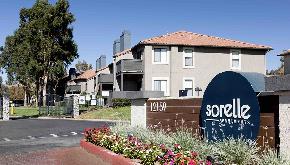 The firm has acquired The Sorelle Apartments, a 330-unit apartment complex in Moreno Valley.