ORLANDO-Locally-based Upsala Florida Corp. is asking $23.2 million for the combined 53.4 acres but the dirt may be bought separately. The commercially-zoned locations could house the area's next new tourist hotel or timeshare property.

ORLANDO-The Orlando office of Minneapolis-based NAI Welsh Cos. is marketing two prime tourist corridor tracts that could become the area’s next posh hotel or timeshare location. The properties are on the eastern doorstep of Walt Disney World’s 30,000-acre empire.

Landowner Upsala Florida Corp. awarded the contract to Welsh which is marketing both parcels, totaling 53.4 acres, for $23.2 million. The dirt is being sold separately or together. The land is among the remaining development sites in Orlando’s major tourist market.

The proximity of the land to Disney won’t hurt the dirt’s marketability either. “Walt Disney World, with an estimated 25 million tourists annually, is the driving force behind the overall success of Orlando’s tourist corridor,” Lawrence says.

The corridor is “continuing to experience unprecedented growth in all directions, including retail, residential, office, industrial and tourism.”

The broker recalls “the continued success of Disney spurred the development of other entertainment venues such as Universal Studios and Sea World” in the past and remains the motivation for newer competitive attractions. 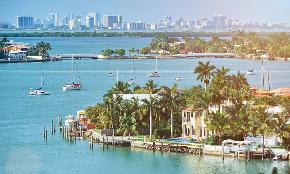