DALLAS-Sterling Bancshares of Houston and Provident Bank of Cincinnati will open offices in Dallas, saying the owner-operated small- to mid-size commercial market is being under-served by existing lenders. Sterling's Dallas office will open in the fourth quarter.

DALLAS-The Dallas-Ft. Worth market is prime ground for two banks that will be opening offices, targeting owner-operated small to mid-size companies that financiers believe are underserved sector by the region’s banking industry.

In the fourth quarter, Sterling Banchsares Inc. of Houston will open a de novo banking office at 1250 Mockingbird Lane. The bank’s sign will be placed on the structure in adjunct with Sterling’s expansion plans, which has included the takeover of CaminoReal Bancshares in San Antonio. Sterling’s goal is to gain a foothold on the owner-operated company market in the state’s three largest cities – Houston, Dallas and the San Antonio-Austin region.

The office opening had been announced in May, but it is taking until the fourth quarter to for the necessary finish-out for move-in. The banking office will occupy 6,500 sf of ground-level space while a technology hub is planned for a similar amount of second-floor space. Additional bandwidth is being added to accommodate the high-tech hub.

“The marketplace is tremendous,” J. Downey Bridgwater, Sterling president, told GlobeSt.com. Owner-operated small to mid-size companies have been Sterling’s focus in Houston for the past 26 years, where it has 23 banking offices. Bridgwater says the Dallas banking industry is seriously under-serving that sector. “They are not being served in a way that will satisfy their own expectations,” he told GlobeSt.com.

When it opens in Dallas, Sterling will find competition from Cincinnati-based Provident Bank, a subsidiary of Provident Financial Group. It is opening its first Dallas-Ft. Worth office at 512 Main St., Ft. Worth and it too plans to target middle-market companies, offering a variety of financial products and services that focus on secured leveraged lending. Rodger Davis, Provident’s executive vice president of the Commercial Products Administration, says mid-size firms will be offered “more flexibility and options than traditional banking channels provide.” 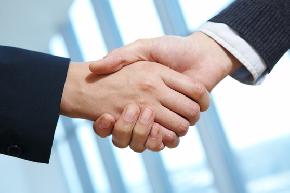