DALLAS-Breaking up is hard to do, but that's what is happening with the two-year-old Panattoni Hillwood joint venture. Tal Hicks and his staff will be absorbed into Hillwood and Panattoni will open a Dallas office.

DALLAS-The Panattoni Hillwood joint venture is disbanding after a two-year development record that has pumped more than 4.8 million sf of industrial space into the Dallas-Ft. Worth market.

The joint venture’s team–including its leader Tal Hicks–will be absorbed into Ross Perot Jr.’s Hillwood operation, effectively creating a competitor to the premier Sacramento-based Panattoni Development Co. which plans to immediately set up a Dallas office.

The office will house the newly formed, independent subsidiary of Panattoni Construction Co. In May, it had been announced that the construction company strategy will consolidate five construction affiliates in the move.

“This joint venture went beyond expectation in allowing each organization to achieve its original goal,” Todd Platt, Hillwood Investments president, says in a prepared statement. “Now Hillwood and Panattoni can each move forward and implement its own unique business strategy.”

Dudley Mitchell, Panattoni Development Co. president, describes the past two years as “a win-win situation for both parties since day one.” In that short period of time, Panattoni has managed to secure a strong foothold in the DFW market while Hillwood has successfully stepped outside its 9,600-acre development in Ft. Worth to become a leading North Texas industrial developer. Both companies, stresses Mitchell, now have “strong platforms in place” to pursue separate goals.

The joint statement emphasizes the severing of ties will not affect Panattoni Hillwood projects in Raleigh, NC and Nashville, where it has developed more than two million sf of industrial space.

Since Panattoni’s inception in 1986, it has developed more than 40 million sf, valued at $1.2 billion, of commercial and industrial projects in 45 cities, with an emphasis on distribution, office and retail sectors. In 1999, Panattoni copped the nation’s top spot for developing 18 million sf, most of which was build-to-suits. The firm has offices in 18 cities. 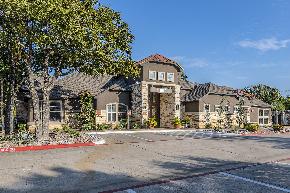 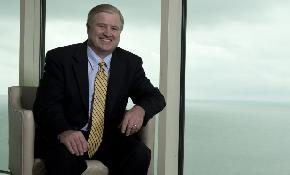 “We see the value in industrial, the long-term demand by a myriad of users, the fungibility of assets, and how many sectors it touches," says Spirit Realty's Steve Wolff.