ARDSLEY, NY-The developer of a proposed senior housing community in Ardsley that has been seeking regulatory approval for the past two years has won a critical zone change designation and hopes to break ground this spring.

ARDSLEY, NY-After more than two years in the approval process, the developer of the Woodlands at Ardsley senior community was granted a critical zone change by the Ardsley that could allow construction to commence by the spring of 2001. Andrew Belfer, a principal of Hassett-Belfer Senior Housing of Great Neck, says the unanimous vote by the Ardsley Village Board on Nov. 6 to approve the necessary zone change was critical for the project to move forward.

During the approval process, the company has significantly redesigned its proposal and reduced the total number of rental units from 250 in three interconnected buildings to 175 units in two buildings. While Belfer did not divulge the projected development cost, plans are for the community to take up approximately 175,000 sf.

Hassett-Belfer Senior Housing, which currently operates the Mayfair of Great Neck (148 units) and the Mayfair of Glen Cove (80 units), is scheduled to break ground on a senior housing community of 89 units in Rockville Centre in December. The total development cost of that project at the corner of Long Beach Road and Maple Avenue is estimated at $20 million.

The company’s proposal in Ardsley would be the first senior housing community in the village. The site is a vacant 12-acre parcel on Sylvia Road and Saw Mill River Road (Route 9A) that borders the Ardsley Mall and a gas station.

“This project has been subjected to a particularly rigorous review, but the net result is that it is a better project for it,” Belfer notes. “We are extremely pleased that the mayor and the Village Board has supported our concept to meet the overwhelming need for senior housing in this area.”

He adds that the company must now obtain site plan approval for the Woodlands proposal. “Because of the detailed nature of the rezoning process and the extensive environmental review that was completed, many modifications have been made to the plan and a very detailed site plan has already been developed.” Belfer says. “As a result, we are well along in terms of preparing the plans for the project and we will be able to move forward expeditiously.”

Belfer says the company expects to begin construction in the spring of 2001. He adds that construction will most likely take 18 months to complete. The rental community will consist of 100 independent living units, 50 assisted living apartments and 25 units dedicated to those residents who require memory support or who suffer from Alzheimer’s disease. In addition, there are a total of 14 single-family home lots (10 on site and four adjacent to the project on Concord Road). They will most likely be sold to an area housing developer, Belfer says.

The venture was designed by Gruzen Samton Architects of New York City. Life Care Services, a national senior housing management firm, has been retained to operate the development. 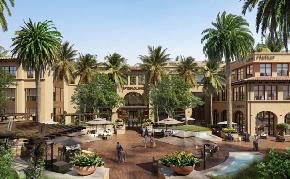 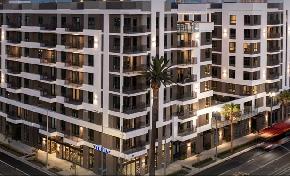 A joint venture between Holland Partner Group and NASH sold the 271-unit Volta on Pine complex.