DUBLIN, CA-Property owners and their lawyers say proposed zoning for their land is inappropriate and too restrictive. Their concerns will be addressed at a City Council meeting scheduled for Dec. 19.

DUBLIN, CA-Downtown property owners in Dublin, Calif., sent their lawyers to this week’s City Council meeting with a message: The area’s renovation could be bad for business. New land-use designations, the property owners argue, will put strange restraints on them.

For example, Crown Chevrolet at 7544 Dublin Boulevard would be locked into a retail/auto zone, according to the proposed new downtown development and BART Specific Plan. Their attorney told the Council that the designation could prevent other, more profitable development on the site.

Should Crown decide to move, the attorney said, the retail/auto restriction would allow for development of “big-box” stores not conducive to development of a traditional downtown. Other property owners echoed Crown’s concerns, saying that the proposed zoning for their land was inappropriate and place their business in an awkward situation. Their concerns will be addressed at the Council’s Dec. 19 meeting. 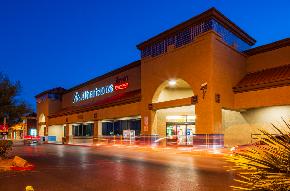