City Wants Cisco Systems To Build Up, Not Out

FREMONT, CA-The networking giant is proposing three- to six-story buildings but some council members are asking for taller buildings to help define the skyline and establish a more urban setting for people to walk, shop and dine.

FREMONT, CA-City Council members here are lobbying Cisco Systems to build taller, skinnier buildings in the new Pacific Commons Business Park development. Cisco Systems’ plan only calls for three- to six-story buildings for the project, but the city’s design guidelines call for the buildings to be a variety of heights, going up to 12 stories in the center of Pacific Commons Boulevard, which is being billed as a “showcase street” – an urban setting for people to walk, shop and dine.

While the design guidelines include no minimum height requirement, Councilmen Steve Cho and Bill Pease have expressed disappointment that the tallest buildings Cisco has proposed are two six-story offices along the central commons of Pacific Commons’ main boulevard. They had expected landmark buildings of six to 12 stories that could be easily seen from the freeway. Currently, there are no high-rise buildings creating a skyline, says Pease, who wants to see taller buildings.

Other councilpersons side with Cisco, which says the six-story buildings would be 107 feet tall, making them more like typical 10-story residential buildings. And for a company that typically deals with three- and four-story buildings, six stories may be pushing it, let alone 12 stories.

Cisco signed an agreement last month to lease 3.4 million-sf of office space at the new business park. Its 143-acre campus will be located on the southern part of Pacific Commons. The 8.3 million-sf project is being developed by Catellus Development Corp.Cisco will bring 10,000 jobs to the complex, which is located southwest of Interstate 880 and Auto Mall Parkway. In all, the complex will have about 25,000 jobs. City officials are reviewing Cisco’s proposals and are expecting to make a final decision in a few weeks. 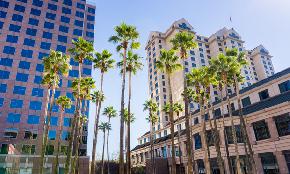