LOS ANGELES-Owners and developers of retail property in LA County and other parts of Southern California may be in for some tough sledding in 2001, as the growth in taxable sales slows and tenants find it harder to make ends meet.

LOS ANGELES-Owners and developers of retail property here and in other parts of Southern California may be in for some tough sledding in 2001, as the growth in taxable sales slows and tenants find it harder to make ends meet.

This year wasn’t exactly one to write home about, either. Though taxable sales across the state have risen about 10%, much of that gain came in the first few months of Y2K—before the stock market swooned and cutbacks in California’s all-important dot-com industry caused web-site designers and other tech-savvy young adults to unplug their free-spending habits.

The UCLA Anderson School of Business forecasts a modest 5.6% sales gain in 2001 and a decline of 5.3% in 2002, but even those projections may seem optimistic in the wake of disappointing holiday-season sales.

Meantime, a small but growing number of retailers are cutting back their SoCal operations or even filing for bankruptcy. Several theater chains went belly-up in the second half of 2000, owing dozens of Southland shopping center owners millions of dollars in rent and leaving them without a way to draw big crowds to their projects. And earlier this month, home-improvement giant HomeBase Inc. abruptly closed 22 of its stores and announced plans to convert its 62 others to furniture outlets.

Despite such concerns, some 6 million sf of retail space is under construction in LA alone and another 10 million sf is planned, according to a recent report by Grubb & Ellis.

With the popularity of suburban malls fading, a handful of retail developers and investors are paying more attention to the Southland’s increasingly wealthy minority population and the urban areas in which they live. In South-Central LA, a partnership that includes Brentwood-based developer Katell Properties and LA-based Capital Vision Equities is readying a 285,000-sf, $75-million retail development that will be the biggest commercial project the largely African-American community has seen in more than a decade.

“A half-million people live within a three-mile radius of our location, and right now they don’t really have any nearby place to shop,” says Katell Properties President Jerry Katell. The widespread belief that most South Central residents are poor, he adds, “is just plain wrong. The annual household income in the area around our center is in the high $30,000s.”

Infill developments are also expected to become more popular in Orange County and San Diego, where land is scarce and prices are already astronomical. Grubb & Ellis says the next wave might find investors looking for older industrial buildings that can be converted to retail use—though that, in turn, would exacerbate OC’s shortage of industrial space.

A new analysis out of a Yardi division says that the best metro areas for construction jobs aren’t where you might think.

Wexford Secures $50M to Develop Mixed Use Property in Flagstaff

224 Unit Flagstaff Multi-Housing Development to be completed in 2024 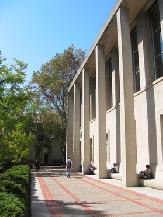 Two apartment buildings will rise on landmark that was focal point of 1969 protests.