LONDON-The Crown Estate made an increased surplus in the year to 31 March 2001. Soaring property values and active management have continued to boost the amount the estate returns to the Government's coffers.

In keeping with this policy, the Crown Estate is continuing to reinvest in its core landholdings. Over the past year it has bought Fleet Place House, which adjoins its Holborn Viaduct estate in Midtown for £59.9 million ($84.5 million). And in the West End where the Crown owns the Regent Street estate it bought Heathcoat House, Savile Row for £24.5 million ($34.5 million).

And Sir Denys remains bullish about the coming year. ‘We are aiming to accomplish another 10% rise in new revenue next year, and our strong balance sheet, which is completely ungeared, will ensure that we will continue to take advantage of exciting opportunities in London and elsewhere in the UK.

The Crown Estate is effectively the UK government’s own property company. It owns and manages what were once the monarchy’s private landholdings, but these were handed over to the government by Queen Victoria in return for a guaranteed annual payment under the Civil List. The Crown Estate has a legal obligation to maximise revenue from the landholdings and pay any surplus to the Exchequer to reduce the amount the Government has to raise in taxation. 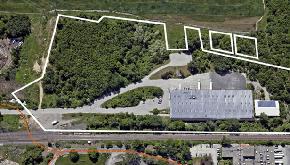