ATLANTA-After 20 years of delays and glitches,

ATLANTA-Just when everybody thought retail development couldn’t get any hotter here, Cleveland-based Forest City Enterprises plans to open its $250-million, 1.3 million-sf Mall at Stonecrest in suburban Lithonia, GA on Oct. 20.

The mall is the fifth largest in Atlanta and the first mega mall opening since the 1999 debut of the 1.2 million-sf Arbor Place in Douglasville on Interstate 20 West. Stonecrest is off Interstate 20, about 10 miles east of Downtown.

Nearby Turner Hill Road expects to host 1,000 new acres of commercial, residential, hotel and retail development near Stonecrest over the next five years, according to preliminary plans filed with the various counties.

Eastern Atlanta residents in DeKalb, Newton and Rockdale counties have been waiting for a regional mall since the 1980s when Toronto-based Cadillac Fairview first proposed the project. Forest City Enterprise partnered with Cadillac Fairview in 1996 and pushed the mall to completion.

The developer is banking on a permanent population of 400,000 with a median family income of $65,000 within a 15-mile radius of Stonecrest. Five department store anchors and 120 specialty shops are leasing the property.

While DeKalb, Rockdale and Newton counties have land to spare, Cobb County, just northwest of Downtown, is running out of developable commercial sites. The 217,741-acre county has only 1,800 acres of commercially zoned vacant land in the unincorporated areas. There are 2,700 acres of industrial-zoned parcels available.

There are 820 acres remaining for office development, including only 14 acres zoned for high-rise office structures. Most of the 42,342 acres of undeveloped or underdeveloped dirt in Cobb County is zoned residential. Current zoning allows for 58,155 new homes, apartments and condominiums, which would house an estimated 150,000 residents, the study projects. The survey doesn’t take in land within the city limits of Cobb’s six cities.

Cobb County’s building department notes the number of residential building permits (1,461) is down by 17% in the first half compared to the same 2000 in period. Commercial building permits dropped to 1,331 from 1,413. Multifamily permits, however, were up–912 units this year versus 790 in last year’s first six months.

The aggregate value of all permits issued in the first half was $431.4 million, down $71 million from first half 2000. 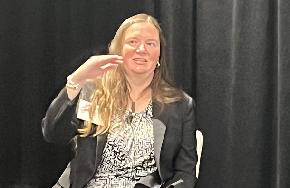