HOUSTON-The phones are no longer ringing off the hook for prized distribution space in Houston's northwest submarket. But, say two CB Richard Ellis execs, it's not all gloom and doom. There's no space glut nor will there be despite 2.7 million sf coming on line.

HOUSTON-Throughout this year, the commercial real estate community has been talking about Houston’s counter-cyclical economy. While those reports have been largely true, the latest published report on the northwest’s big-box distribution market shows that the “dog days of summer” are here.

In a quarterly “Big-Box Report,” Billy Gold, first vice president and Jeff Everist, vice president of CB Richard Ellis Inc., say, “Decision makers are out of pocket and the phones aren’t ringing.” Although there is some softness in the market, Gold isn’t down on the big-box market. He tells GlobeSt.com that in a market where the average cycle is 12 months to 24 months, a quarterly snapshot doesn’t mean the market is glutted or turmoil looms on the horizon.

Gold feels the 2.7 million sf under construction will help Houston become a more heavy-hitting distribution market like Dallas or Chicago. Whereas the Houston industrial market previously was unable to offer contiguous spaces in excess of 200,000 sf to tenants like logistics companies, he says more product is coming on line with large floor plates and state-of-the-art amenities such as super-flat floors, 30-foot clear heights, extra-wide truck aprons and ESFR sprinkler systems.

The northwest’s distribution market, he says, also is delivering more varied product such as tech-flex space. “Developers are trying to diversify their product types,” he notes. Ultimately, Gold sees the current big-box arena as one that offers great opportunity for users. Whether a user is interested in a certain location, product type or specific amount of square footage, the Houston market is gearing up to meet the demand. Gold warns, however, that the big-box sector might be threatened should the national economy not jumpstart itself in the last quarter of this year or early 2002, particularly since the northwest submarket relies heavily on the performance of Compaq and consumer spending. 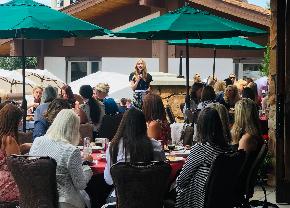