LAKE ZURICH, IL-A one-year-old, 88,000-sf retail store in this northwest suburb of Chicago, net-leased to Menomonee Falls, WI-based Kohl’s Corp. for the next 20 years, has been put on the market by Ryan Companies US, Inc., the Minneapolis-based developer that has recently established a presence in the market. New York-based Sonnenblick-Goldman Co. has been hired to sell the department store, located at US Route 12 and Clover Hill Lane.

The property includes parking for 500 cars. Average household income within three miles of the store is about $150,000, according to Sonnenblick-Goldman.

“We think it will trade at around the mid-8% cap range,” says Sonnenblick-Goldman managing director Andrew Oliver, which would produce a sales price north of $9 million. Marketing is expected to begin by mid-September, and offers should be received in early to mid-October, Oliver adds. With another month to arrange for the closing, the property should be sold by late November.

Oliver expects interest from institutional, foreign and private investors, as well as sellers involved in 1031 exchanges. “This is a very good property for a 1031 exchange,” Oliver tells GlobeSt.com. “It’s a single-A-minus credit tenant with Standard & Poor’s, new real estate and Kohl’s is one of the top retailers.” 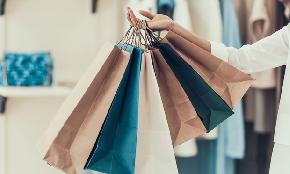