DALLAS-Five recent transactions have architects at the drawing boards to fine-tune development plans in five Dallas-Ft. Worth municipalities. Two are for Whataburger, one for Town East Ford in Mesquite, another for a Food Lion and the final, a Dallas church.

DALLAS-Recent land sales in the Dallas-Ft. Worth metroplex are triggering development plans for five municipalities.

Town East Ford, one of the nation’s leading dealerships, has closed a 9.2-acre sale in Mesquite. The property is located at 3301 N. Mesquite Dr. Dallas-based Weitzman Group’s Investment Properties Division handled the sale on behalf of buyer and seller, Mesquite Joint Venture. Town East Ford is gearing up for an operational expansion and will use part of the site for a new vehicle parking area.

In another Weitzman deal, the City of Richardson has sealed its long-awaited deal for a 36,238-sf single-tenant building in its boundaries. Richardson is readying the former Food Lion retail site for a municipal court complex that will open in spring 2002. Greg McDonald, John Mathes and Chris Thomas, all of the Weitzman Group, negotiated the transaction on behalf of seller Flatiron Cambria I of New York. Scott Jessen of the Morse Co. in Dallas assisted with the transaction.

United Commercial Realty/ChainLinks teams have closed three land deals for developments in Dallas, Grand Prairie and Willow Park, a Ft. Worth suburb. The Church of Jesus Christ has title to about two acres situated along Ross Avenue between Bennett and Garrett avenues in the Dallas city limits. Beneke Real Estate was the seller. UCR’s Jeff Brand along with David English and Greg Pierce, both of Corrigan Real Estate Services in Dallas, brokered the deal.

Fast-food giant Whataburger Inc. has picked up two spots in the UCR-negotiated transactions. In Grand Prairie, Whataburger will start construction on a 39,951-sf site acquired from Champion Partners of Dallas. The property is located at Texas 360 and Regency Drive. Darrell Hernandez and W. Thurston Witt Jr., both of UCR, handled negotiations. The UCR team also closed a 2.8-acre buy for Whataburger to build in Willow Park. The acreage is positioned at the northwest corner of Interstate 20 and Ranch House Road. John Maddux of John Maddux Inc. in Dallas represented the seller in the deal.

A platform for simplified carbon accounting, management and reduction could help with ESG efforts and reporting. 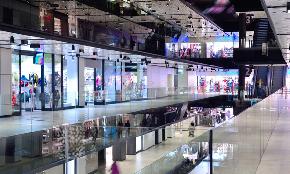