SEASIDE, OR-The Redmond, WA-based publicly traded developer of regional timeshare-vacation condominiums is underway here for a 280-room resort, and its share price is showing resilience during the worst weekly drop in the stock market since the Depression.

SEASIDE, OR-Trendwest Resorts leveled several buildings near Downtown Seaside’s popular oceanfront Turnaround this week as it continues development of an eight- story condominium. The Redmond, WA-based publicly traded developer of timeshare-vacation condominiums in the Pacific Northwest says the 280-room resort is targeted for completion in 2003.

Work is being overseen by Swinerton Builders. Retailers formerly located in the demolished space — Tipton’s Gourmet Chocolates, Windancer Kite Shop and Ter Har’s Clothing for Men — will reopen next summer. The new project will have room for four additional retailers, as well as 180 public parking spaces.

Seaside is located just 79 miles west of Portland and is known as the official end of the Lewis & Clarke trail. The oceanfront resort encompasses approximately three acres in the coastal town. “We evaluated a number of sites and decided that Seaside was a community with the ambiance and many of the attractions that our owners value,” said Bill Peare, president and CEO of Trendwest, when the ribbon cutting ceremony was held in March.

As the major stock indexes continue to drop and the travel and leisure industry takes an especially big hit, Trendwest, with its focus on selling to people within a few hours drive of their resorts, is bucking the trend. Its share price stood at $24.50 per share in afternoon trading Friday, $1 higher than its close the day before the terrorist attacks.

Most other travel and leisure companies — many of which rely heavily on corporate travel — have watched their share price tumble along with all the major indexes since Monday, when trading resumed after the week-long hiatus. The company’s share price is up 73.7% from a year ago, and has grown 145% faster than the S&P 500 in that time span. The S&P 500, Dow Jones Industrial Average and Nasdaq are all off more than 15% since trading resumed after the attacks — the biggest weekly drop since the Depression.

On Sept. 18, Trendwest announced the appointment of Larry Gildersleeve as vice president and senior corporate officer, a new position within the company. The former senior manager with Hilton GrandVacations Company and MeriStar Hotels and Resorts will focus on strategic issues, including joint ventures, strategic alliances and acquisitions, and Trendwest’s international operations.

Gildersleeve serves on the board of directors and is a member of the Executive Committee of the American Resort Development Association (ARDA), the timeshare industry’s trade association. He is also a member of the Board of Directors and former president of the Washington, D.C.-based International Foundation for Timesharing.

“We believe our success is closely linked to our ability to anticipate and meet the needs of today’s vacationing public,” says Peare. “Throughout his career, Larry has consistently championed new and innovative programs that address the ever-changing industry landscape. We believe that his expertise will add significant value to Trendwest in this newly created capacity.” 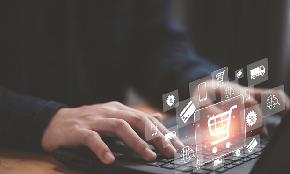