STURBRIDGE, MA-The town breathes a sigh of relief as the US Bureau of Indian Affairs fails to recognize either faction of the Nipmuc Nation as a tribe. The Nipmucs of Sutton were hoping to develop a casino in this area but needs official tribal status to do so.

STURBRIDGE, MA-The Nipmuc Nation’s push to develop a gaming casino in this area received a potentially fatal setback when it failed to receive federal recognition as a tribe. The US Bureau of Indian Affairs denied federal recognition to both the Nipmuc Nation of Sutton and the Chaubunagungamaug Nipmucks of Dudley. The Nation had split over arguments related to developing a casino.

The Sutton-based Nipmuc group recently signed a deal with a Midwest casino company but needs official tribal status open a limited gaming hall. State approval would have been needed to offer slot machines, which are generally are a casino’s biggest moneymakers. But the Nipmuc Nation had hinted that if plans for a casino here were blocked, the tribe would open up just over the line in Union, Conn., which would deprive the state of millions of dollars in tax revenues.

According to a released statement by the BIA, the Nipmucs failed to satisfy four of the seven requirements needed to receive federal recognition. The Dudley Nipmucs failed to satisfy three of the seven requirements. The news is a real blow to the Nation, which had received recognition as one of the final acts of the Clinton administration just. The decision overrode the negative recommendations by the Bureau of Acknowledgement and Research. The Bush administration slapped a hold on the recognition. Both nations have 180 days to appeal the decision.

There has been intense local opposition to a casino here and residents are keeping their fingers crossed throughout the appeals process. “”We were somewhat relieved but we’ll continue to monitor the situation”, Jim Malloy, town administrator, tells GlobeSt.com. According to Malloy, both tribes said they would be submitting additional information to the BIA. “The Nipmucs from Sutton need to satisfy four additional requirements so some of those will be pretty hard to get over,” notes Malloy. As far as whether the Dudley group has any interest in developing a casino, Malloy says that they’ve “been awfully quiet” about the idea. 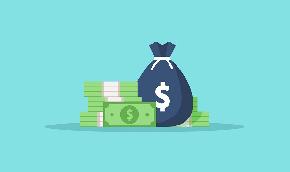