ST. PAUL, MN-Merrill Corp., a communications and document services provider, says it has relocated and expanded its facilities in Frankfurt, Germany and Toronto. Merrill Germany has relocated to a larger facility in the center of the city — a move prompted by the”success and rapid growth of Merrill in the German market,” says Mike James, president of St. Paul-based Merrill Corp.’s financial document services business unit.

The new location is in Westend Carree in the center of the city, and it offers better accessibility, convenience and service for its clients, he says. Meanwhile, Quebecor Merrill Canada has relocated to a premium building in Toronto’s financial district about twice the size of itsprevious facility. Quebecor Merrill Canada is located in BCE Place in the heart of Toronto’s financial district, giving it better access to Toronto’s train, subway and freeways.

Merrill has 42 offices in 31 cities throughout the US and client service centers in London, Paris and Frankfurt, a joint venture with Quebecor World in Canada, and otheraffiliate relationships in Europe, Asia, Latin America and Australia. 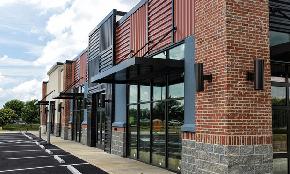