ATLANTA-Revenue per available room won't improve at full-service inns until fourth quarter 2002 and at limited-service lodges until early 2003, according to new joint research by Atlanta-based Hospitality Research Group- and Torto Wheaton Research of Boston.

ATLANTA-Hotel revenues will be in the basement for another year at least but the lodging industry will rally in 2003 and 2004, boosting revenues per available room to record levels, according to new joint research by Atlanta-based Hospitality Research Group and Torto Wheaton Research of Boston.

Markets that may be hit the hardest are Boston, Dallas, Honolulu, Los Angeles, Miami, Phoenix and Seattle.

Until the turnaround occurs, occupancies at full-service hotels will average 63.5% and at limited-service properties, 60.9%, the lowest levels since the 1991 Gulf War. The industry generally considers 65% occupancy as the break-even point at most properties.

“Hotels are currently being hit with a one-two punch,” Dr. Jack Corgel, managing director of applied research at HRG, says in a prepared statement. “In addition to the current recession, the hotel market is enduring a stigma brought about by the current fear of travel.”

Full-service hotels will be hit hardest. Guest demand will be a negative 9.8% among the full-servicers; and a negative 5.8% in the limited service sector.

“These declines in demand related to the stigma effect will largely dissipate over the next two years,” Corgel predicts.

Based on guest demand during the Gulf War 10 years ago, the researcher says “the most significant and visible effect” for hotels will be RevPAR. “The impact on profits will vary substantially by property type, local market area and net levels of accommodated demand,” Corgel says.

RevPAR declines for limited-service hotels will be 9.1% and 13.3% for the third and fourth quarters of this year versus the same 2000 periods. A further reduction of 14.5% is forecast for first quarter 2002.

76% of builders rated the overall supply of developed lots in their regions as low to very low⁠. 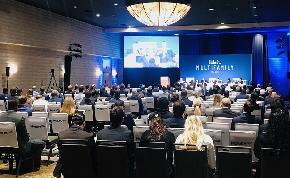 Apartment Rents Have Another 24 Months of High Growth

Multifamily investors are bullish on long-term rent growth for the next 18 to 24 months, according to experts at the GlobeSt.com Multifamily conference.