BIRMINGHAM-United Bank of Kuwait has agreed to forward-fund an office 24,000-sf building on Development Securities' Birmingham International Park just as a serviced office provider agrees to lease it.

BIRMINGHAM-Development Securities has pulled off a double whammy in Birmingham. Not only has it signed an agreement with United Bank of Kuwait on behalf of its client, Gravitas Holdings, for the £5 million ($7.25 million) forward funding of Wellington House, its 24,000-sf prime office building at Birmingham International Park, but it has prelet the building to serviced office provider Executive Communication Centres. The letting deal was agreed on a 20-year lease at a rent in excess of £18 ($26.10) per sf.

Wellington House is the final development to take place at Birmingham International Park and concludes a development programme in excess of 500,000 sf in recent years at this location. Practical completion is scheduled for Summer 2002.

Julian Barwick, Joint Managing Director of Development Securities said: ‘Over the last two years we have made considerable progress at Birmingham International Park in a fiercely competitive West Midlands market.’ 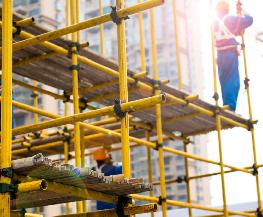 The hospitality industry may be hurting, but that doesn’t mean hotel real estate has to.