NEW YORK CITY-The project-management contract on a 60,000-sf Downtown property has been awarded to Hunter Management Corp. Exterior renovations and mechanical and electrical upgrades are part of an extensive capital-improvement program at the Fulton Street building.

NEW YORK CITY-150 Fulton St., a three-story, mixed-use building owned and managed by Collegiate Church Corp., has awarded the project-management contract for an extensive modernization of the property that will include an exterior facelift and interior mechanical and electrical upgrades.

Hunter Management Corp., a division of real estate firm Hunter Organization LLC, will helm the project, which is expected to take roughly five years to complete at a cost of approximately $5 million.

“Because of its location in a high traffic area at the corner of Fulton and Broadway, the appearance of the property is extremely important,” says Hunter Management president James Pirot. “In addition to the exterior upgrades, we have several infrastructure issues that will be addressed and remedied.” The ongoing capital improvement package includes new storefronts, roof replacement, elevator modernization, new exterior lighting and mechanical and electrical upgrades. Montroy Anderson Design Group Inc. is the architect for the project and MGJ Associates is the engineering firm. 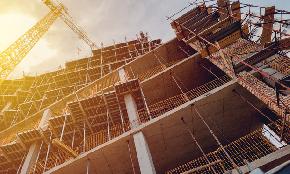