SAN ANTONIO-Come Dec. 6, Albertsons shutters three under-performing locations in the San Antonio market. The store is keeping 19 stores open in the region. The soon-to-close sites simply couldn't stack up in a sales and earning review.

SAN ANTONIO-Albertsons Inc. is closing three San Antonio stores in December, saying the stores have not been competitive. The Boise, ID-based company is seeking buyers for the stores at 6708 Flores St. in the far south submarket; 2514 Southwest Military Dr. in the southern tier; and 2920 East Southcross Blvd. in the southeast corridor.

The company said it decided to close the stores after conducting a sales and earning review, which showed they could not remain competitive. It will have 19 stores in the San Antonio area after the three stores close Dec. 6. The stores combined employ 240 in the region.

Earlier this year, Albertsons said it would close 165 stores and make corporate level job reductions in an effort to reduce expenses. The company operates 2,500 stores in 36 states under names including Albertsons, Jewel-Osco, Sav-on Drugs and Max Foods. 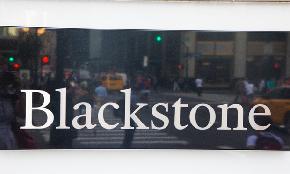