DETROIT-A $130-million brain research lab tops the list. The new requests are part of a $350-million-plus capital campaign. Improving a 75-acre research and technology park also is on the list.

DETROIT-Wayne State University plans on beginning a $350-million to $500-million capital campaign by 2004, and the college’s School of Medicine hopes to fund a few needed facility projects with the money raised. The campaign is part of Wayne’s new strategic action plan, which includes ways to improve virtually every part of the college.

The plan also includes improving a 75-acre research and technology park on campus, and spending money for new facilities.

As part of the plan, the School of Medicine has released its wish list of $177 million for new buildings it would like to see constructed. These new facilities, says School of Medicine dean John Crissman, would improve Wayne State as a world-class research institution.

“These facilities will allow us to expand the research that makes our school unique, while continuing our mission to educate tomorrow’s finest doctors and provide the most advanced patient care available,” Crissman tells GlobeSt.com.

* A health care research lab to examine minority health and health care, for about $30 million.

* The C.S. Mott Center for Human Growth and Development would receive $6 million in renovations.

The School of Medicine already expects a new Eugene Applebaum College of Pharmacy and Health Sciences building to open in fall 2002. Following a $5-million donation by Applebaum, the founder of the Arbor Drugs chain drugstores, the college was named after him.

A campaign for its construction has set a target of $16.1 million toward the new facility.

The state of Michigan has committed an additional $48 million to the project. 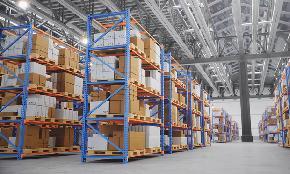