WARREN, MI-The complex, which has been operated by both Chrysler and General Dynamics, was the first ever built for mass production of tanks.

WARREN, MI-The United States Army Tank-automotive and Armaments Command willhost a ceremony Friday to officially sign over the deed to property locatedoff Van Dyke and Tank avenues to the City of Warren.

The Detroit Arsenal Tank Plant was selected for closure under the 1995Defense Base Closure and Realignment Act. The installation has been apart of the community since 1940 when construction began on the 1.1million-sf building.

The plant, which has been operated by both Chrysler and General Dynamics,was the first ever built for mass production of tanks. Prior to 1996, whenall tank-manufacturing efforts ceased at the plant, more than 59,000 tankswere produced at the facility. U.S. tank production mission is nowconsolidated at the Lima Army Tank Plant in Ohio. 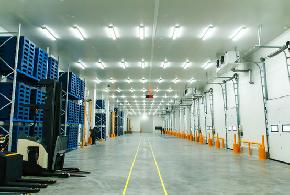 SMITH Commercial Real Estate Group aims to focus on tenant, landlord and investment representation and the research and analysis of industrial dry and cold storage investments.