The Georgia firm signed a deal in May with Town Center lead developer Michael B. Vlass, also of Atlanta, for the 75,000-sf project at the 14.5-acre Cranes Roost Lake site.

The theater will be built at a hard construction cost of about $4,211 per seat or $213.33 per sf. The project comes just as six other area multi-screen theaters are being revived after a two-year industry slowdown.

This is three-year-old MegaStar’s first Florida venture. The theater will also be the first in the area to offer VIP suites for small business groups or private parties; a children’s birthday party suite; and a full-time concierge for personalized customer services, concepts that MegaStar developed in 1999.

Screening auditoriums will have 125 seats to 500 seats; wall-to-wall screens; digital sound; and stadium seating on 18-inch risers and 48-inch-wide rows.

For MegaStar, the Town Center project is part of a two-year growth plan started in 2000. In that timeframe, the Georgia company opened a 4,000-seat theater at Southdale Mall in Edina, MN; a $10 million, 3,500-seat, 70,000-sf theater in Maple Grove, MN; and a 3,200-seat theater at the Mall at Stonecrest in Lithonia, GA. MegaStar has existing theaters in Chagrin Falls and Cleveland, OH; and Springfield, MA.

The company was founded in 1999 by a Cleveland investor group that owns the American League’s Cleveland Indians baseball team. The ownership group is headed by Larry Dolan and Paul Dolan. James O. McKenna, a longtime cinema industry professional, is MegaStar’s president. 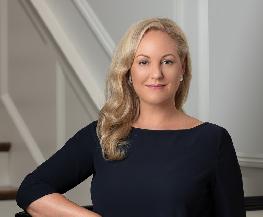