ORLANDO-Real estate lawyers familiar with the special tax breaks tell GlobeSt.com on condition of anonymity that lawsuits are expected to be filed this month by large landowners such as Chicago-based Pritzker family which owns the Hyatt Hotel chain; Walt Disney World Co.; Hilton Hotels Corp; and the Ginn Co.

The loophole: Florida law allows developers and speculators to purchase thousands of acres of prime virgin land and then avoid a steep annual tax assessment by planting trees, growing grapes or raising cattle on the dirt until it is ready for commercial development.

That endeavor automatically puts the land in the agriculture-zoned category, the lowest tax level in the state.

For example: To get a lower tax bill, the Hyatt Hotel chain, owned by the Pritzker family of Chicago, grows pine trees on undeveloped land it owns next to the Orange County Convention Center annex on International Drive.

A tax bill that was supposed to drop this year for Hyatt from $918,000 to $317 isn’t going to happen. The land is valued for at least $25 million, county real estate records show.

Orange County’s Donegan, a retail management specialist for 26 years and an elected Central Florida government official for 16 years, has decided to end the agriculture-zoning game by denying 14 owners the lower tax bill.

Bob Day, his counterpart in neighboring Osceola County, is doing the same. Day’s deputies have found $70 million worth of agriculture-zoned land being prepared for commercial development.

Donegan and Day couldn’t be reached at GlobeSt.com’s publication deadline. But real estate lawyers familiar with the special tax breaks scenario tell GlobeSt.com on condition of anonymity lawsuits will be filed this month in Orange and Osceola Circuit Courts challenging the property appraisers’ rulings.

Besides Hyatt, Walt Disney World Co., Hilton Hotels Corp. and the Ginn Co., one of the area’s largest private landowners, are expected to argue in their suits they followed the letter of state law in setting up their tracts as agriculture-zoned assets.

Disney is the largest taxpayer in Central Florida. The theme park company owns 30,000 acres covering Orange and Osceola counties. On 600 undeveloped acres Disney owns at its Celebration, FL community in north Osceola County, cows are supposed to be grazing on the land west of Interstate 4 and south of U.S. 192.

Such an idyllic scene gives Disney an agriculture-zoned tax value on the 600 acres of $3.5 million instead of $18.7 million and a tax bill of $57,600 instead of $305,000. Only it isn’t going to happen, Osceola’s Day has told his staff, because his deputies checked out the Disney spread and found no cows on the land.

Donegan is denying the Hyatt land tax bill because “It doesn’t pass the smell test,” he tells Orlando Sentinel.

Like Hyatt, Hilton Hotels Corp. also grows pine trees on 26 acres near the Orange County Convention Center. The agriculture-zoned land was supposed to reduce Hilton’s tax bill this year to $217 from $433,000.

Ginn Co. of Palm Coast, FL, headed by developer Robert Ginn, is losing an exemption on its 1,500-acre Reunion Resort & Club off Interstate 4 near the Polk County-Osceola County border because development has begun on previously zoned agriculture dirt.Ginn’s tax bill could increase to $758,000 from $4.600.

A large landowner which did get a break from Osceola’s Day is the Seminole Tribe of Florida. Day has ruled the land is being used legitimately to raise cattle on the 1,124 acres the tribe purchased last year from the Partin family for $28.7 million or $25,533 per acre (59 cents per sf). The Partins have leased back a portion of the land to run their cattle.

Instead of a tax bill of $226,000, the Seminoles are paying $5,500 on land Day assessed at $340,000 instead of the market value of $28.7 million. But if the tribe decides at a future date to develop a casino on the land and the cattle disappear, the tax bill gets adjusted upwards, Day’s staff tells GlobeSt.com. 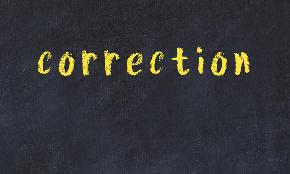 CRE Is Due for a Correction

Commercial real estate veterans know that their industry tends to overheat and then correct itself about every 10 years.