ATLANTA-Locally based Robert and Co. is completing conceptual plans that will be unveiled on May 15 for a 3,400-acre, mixed-use venture south of Hartsfield International Airport and near the fifth runway currently under construction.

ATLANTA-Clayton and Fulton Counties and elected officials in College Park plan to unveil conceptual plans May 15 for a 3,400-acre, mixed-use venture south of Hartsfield International Airport, near the fifth runway currently under construction.

Locally based Robert and Co. is using the Crystal City project at Reagan National Airport, outside of Washington, DC, as a model for the Hartsfield enterprise. Like the land near Hartsfield, Crystal City formerly was a dilapidated industrial area but now has 16 million sf of office, 12 hotels, 5,000 apartments and 300,000 sf of retail.

Atlanta area construction industry estimators tell GlobeSt.com that development costs for the planned 3,400-acre project could easily reach $1 billion by the time the undertaking is completed.

In a second planned industrial project, Jackson County has filed plans to rezone 254 acres in Braselton, GA, about four miles north of Interstate 85, off U.S. 129 near GA 11. The Titshaw family of Braselton, associated with the Northeast Georgia Bank in Braselton, owns the property, according to a published report.

The I-85 corridor is an established industrial and distribution center in the Southeast. The Titshaw’s planned spec heavy-industrial park would fit in that location, area brokers tell GlobeSt.com. 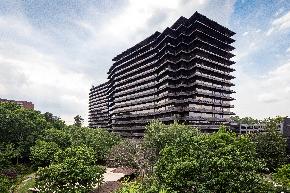