COSTA MESA, CA-Universal Motion Components takes over a 52,493-sf building that was leased to Fed-Ex for 16 years. A renovation will tweak the design for a headquarters and main distribution facility.

Greg Velastegui of Voit Commercial Brokerage’s Irvine office notes that before the sale, the building had been leased by Federal Express for 16 years. Universal Motion has expanded its operation to the former Fed-Ex space from a smaller, 30,000-sf building a few blocks away in Costa Mesa, Velastegui says. The Voit broker represented Universal Motion in its purchase of the property. The seller’s team consisted of John Griffin of Voit’s Irvine office and Rob Socci and Joe Miller, both in Voit’s Anaheim Metro office.

Velastegui says Universal, which has already moved into its new building, plans to upgrade the 1970s building for the corporate headquarters and main distribution facility. Universal manufactures and distributes mechanical components for multiple industries and a broad range of applications. Among its many products are components for irrigation systems, deck hardware for ships, replacement parts for concrete-mixing trucks and custom-manufactured valves and other parts used in water supply systems. 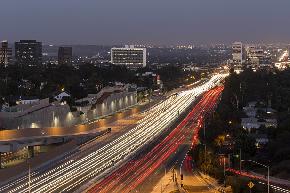