BURBANK, CA-Two new restaurants and a face-lift for the mall entry will kick off Phase I of the development and investment firm's plans for the shopping venue.

BURBANK, CA- Crown Realty & Development plans to reposition the 1.2 million-sf Media City Center super-regional mall with the addition of two new restaurants, a face-lift for the mall entry and other improvements.

The Irvine-based development and investment firm, which acquired the Media City Center in January, says P.F. Chang’s has agreed to open a new location Downtown at the mall. Crown says that besides the P.F. Chang’s, the repositioning plan will include a second new full-service restaurant opposite P.F. Chang’s at the mall entry on Magnolia Boulevard. The new mall entry created as part of Phase I will be visible down the length of San Fernando Boulevard, according to Crown, which says the new facade will be completed in late September 2003.

P.F. Chang’s will occupy approximately 7,000 sf of space on the second level of the mall. Crown expects to begin construction of the restaurant’s space and associated center upgrades in October, with a grand opening of the restaurant scheduled for mid-2004.Crown expects to announce plans for Phase II of the repositioning later this year.Overall, the company says, the renovation program will focus on raising the visibility of the property Downtown, creating a more pedestrian-friendly traffic flow, upgrading interior common spaces and enhancing the exterior look of the property. City officials say the improvements at the mall figure as part of the overall revitalization of Downtown, for which the city recently formed a new property business improvement district to support the overall effort.

P.F. Chang’s was represented in its lease of the mall space by Steve McClurkin and Kyle Kavanaugh of Main & Main Inc., with Crown represented by Kirsten Lee of General Growth Properties Inc., whose third-party management group is the leasing agent and property manager for the mall. Media City Center is adjacent to the I-5 freeway, with a roster of retailers including Macys, Sears, Mervyns, IKEA, AMC Theaters, Barnes & Noble, Sports Chalet, Virgin Megastore, California Pizza Kitchen, Gap, Pacific Sunwear and Victoria’s Secret.

Founded in 1994, privately held Crown Realty & Development focuses on creating and adding value through the development, redevelopment and professional management of real estate. The portfolio of properties owned by Crown and its affiliates exceeds $450 million in value, all developed or repositioned internally. 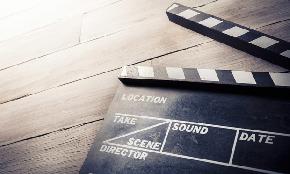 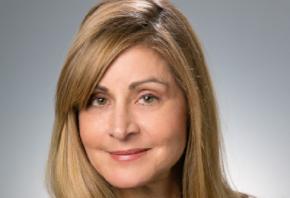 Schiff, who was a co-founder in the firm, sold her interests to private equity firm Lubert Adler Real Estate Funds. 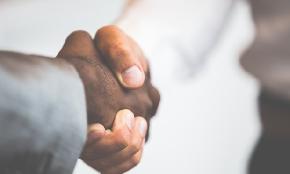 The Resmark Cos. Sells Build-to-Rent Community in California

Parador is a 168-unit property built by Resmark on behalf of one of its managed funds.