JOLIET, IL-The 919,800-sf regional shopping mall will become the seventh Westfield Shoppingtown in the Chicago market when the deal with Blackstone Group closes before the end of the year.

JOLIET, IL-Westfield America Trust has agreed to pay $92.5 million for the Louis Joliet Mall, which it plans to rename Westfield Shoppingtown Louis Joliet following an expected closing before the end of 2003. The Australian shopping center owner says it is buying the 919,800-sf mall from Blackstone Group at an 8.1% yield.

The acquisition will become the seventh Westfield Shoppingtown in the Chicago area market—Fox Valley in Aurora, North Bridge in Chicago, Old Orchard in Skokie, Hawthorn in Vernon Hills and Southlake in Hobart, IN.

Marshall Field’s, Carson Pirie Scott, JCPenney and Sears are the anchors of the mall, which was built in 1978 and underwent a renovation in 1995.

Westfield America Trust managing director Peter Lowy points to a projected 17% growth in the area’s population to 511,000 as a motivation.

“With the market’s explosive growth potential, the property also offers both short and long-term redevelopment opportunities,” he says. 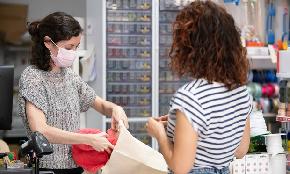 Non-national retailers, however, have not yet surpassed 90% in rent payment, according to the latest data from Datex Property Solutions.