SEATTLE-The locally based fast food chain selects a former Subway franchisee from Eastern Washington who will control the recruiting of franchisees in the state.

SEATTLE- aco Del Mar has selected a former Subway franchisee from Eastern Washington to spread its name across Utah. The locally based fast food chain has named Bill Wright as its master developer for the state.

The title means Wright, who owns 20 Subway units in Eastern Washington, will control the recruiting of franchisees in the state. In addition to Wright’s Utah master developer agreement, additional agreements have been signed in Oregon, Arizona, Montana, Wyoming and Idaho.

“The master developer system has rapidly become the franchising method of choice within the QSR (quick service restaurant) industry, as evidenced by leaders such as Subway and Quizno’s who use the model,” says Taco Del Mar’s VP of franchise sales and marketing Neal Hollingsworth.

Currently, there are several locations planned in the Salt Lake area with more targeted throughout the state. Hollingsworth says Wright has assembled an expansion team that includes Bob and Chad Moore of Salt Lake City-based Colliers International, who will act as the territory’s exclusive real estate brokers. The duo has procured sites for the likes of Home Depot, Lowe’s and Wal-Mart.

A study from a past recession shows that eviction and foreclosure moratoria help to curb economic impact. 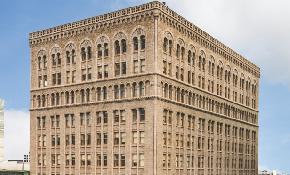 Transwestern has been tasked with bringing the 136,769-square-foot Central Building to present day operations and developed a comprehensive plan to help tenants safely return to the office.