We have this philosophy that deals drive capital, not the other way around.

What’s in a name, you ask? Plenty, says Christopher Smith of Charlotte, NC-based Allegiance Realty. It’s all about brand identity, he says as he rechristens and then kicks his American Property Global Partners into national mode. The new shingle is the last piece of a growing push toward a national acquisitions strategy Smith has been nurturing for years, and a greater focus than ever on value-added plays. The strategy has paid off to date, and Allegiance boasts a portfolio of some 1.7 million sf of office and some 1,200 hotel rooms–the two spheres in which the firm revolves. He sat down with GlobeSt.com recently to talk about the name change–and, more important–the strategy behind it.

GlobeSt.com: There are cosmetic changes and then there is the meat behind them. Where’s the beef?

Smith: Our focus became more on acquiring value-added office and hotels, while before it was more driven by location. Also, my whole focus for the past eight years has been on private equity.

Smith: That, along with a focus on secondary markets, has been true for the past three or four years since I started to grow the company. As I said, we’re really more project-driven, but we do take a hard look at the demographics of the markets we go into. To date, they include San Antonio, Austin, Nashville, Atlanta, Ohio, and we’re looking to get back into New Jersey. So we’re looking at the markets that are below the radar of the institutional capital flows. We just look at trying to find the best quality assets in those secondary markets. That puts us into a good position when there is a shift in the institutional dollars from primary markets to secondary. That’s our exit strategy.

GlobeSt.com: You stopped in Texas. How far west do you go?

Smith: Actually Albuquerque. We over-manage our assets. And without a location in the West, it’s very difficult to do that. But we’re starting to look toward the West. I believe in the rolling cycles, and California hasn’t been a market we’ve been able to penetrate because of the pricing there.

GlobeSt.com: Even in secondary plays?

Smith: It’s interesting. We look for off-market opportunities based on performance. When you have a seller that knows you’re going to close, those opportunities come in. Also, our focus is on assets in the $5-million-to-$20-million range, which allows us to fly below the institutional investors. There’s so much capital they need to get out, and to do a $10-million deal takes as much energy as doing a $50-million deal, and their focus shifts to that level. That opens opportunities to us. Also, the market is bifurcated. The value-add opportunities right now have been marked by larger discounts. On the flip side, stabilized assets get a lot more capital–both equity and debt–at lower cost, and it’s driving down cap rates. The opportunities we’re finding are from institutional sellers. Those are our buyers when we exit, because we reposition those assets and get them back to stabilized. Those same sellers will be our buyers in the future.

GlobeSt.com: Is the value-added field getting a bit crowded with refugees from income plays?

Smith: It is; we’re starting to bump up against that. We have this philosophy that deals drive capital, not the other way around. When you have a lot of capital to put out, it presents a fundamental flaw in how the money is invested–it changes your decision-making.

GlobeSt.com: Do you see your strategy changing at all in ’05?

Smith: Our focus will be on both continuing to create an infrastructure and increasing our investor base. From a real estate standpoint, we will continue in those secondary markets. Right now it looks like we will close on a couple of hundred million dollars in office and hotel deals in ’05.

Smith: A couple, but we’re not ready to talk about those.

Smith: Yes, and the same platform. A little different structure.

GlobeSt.com: Has your emphasis been less on office?

GlobeSt.com: I was expecting you to say the opposite.

Smith: That’s what I like about our portfolio. We’re diversified by geography and product type and within product type by type of hotel. What’s interesting about hotels is that the reaction time to economic improvement is much quicker. You’re dealing with transient leases. On the office side, we take a look at job growth but we also look at productivity. There’s a lag of 12 to 18 months behind economic improvement because tenants are still focusing on becoming more efficient through space. But hotels are so much work. You can’t be an office investor and decide you want to be a hotelier. You can do the reverse. The real estate is just the asset that allows you to perform. 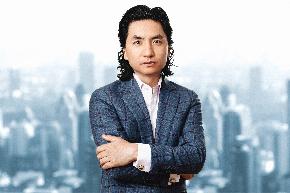 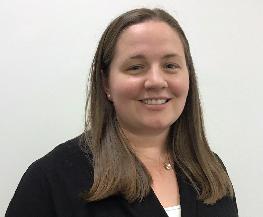