SYDNEY-The Westfield Group closed on a $4-billion loan from a worldwide syndicate of 34 banks. The financing, increased from $2.5 billion due to oversubscription, will be used to refinance existing debt at lower interest rates and for “general corporate purposes” believed to include significant acquisitions in the UK.

“This is a benchmark deal for Westfield which, following the recent success in the US bond market, demonstrates the benefits of the recent merger in enabling increased access to the international debt capital markets,” says Peter Allen, Westfield Group’s CFO, in a statement. The company’s shares closed at A$16.50, up $0.18 on the Australian Stock Exchange yesterday at the end of trading.

Five banks committed the highest single amounts, $225 million each, in the new facility: Australia and New Zealand Banking Group, Barclays Bank PLC, BNP Paribas, Citibank and National Australia Bank. More than two-dozen other lenders also participated. The financing is structured as three and five-year unsecured multicurrency facilities–at 37.5 basis points over Libor and 45 basis points over Libor, respectively–with availability in the US and Australia.

The facility comes as Westfield is in the middle of a $977 million bid for UK shopping center developer Chelsfield. That deal would give Westfield interest in major centers in Birmingham; Bradford, England; Lisburn, Northern Ireland; and London. Published reports also have Westfield seeking ownership of Lend Lease’s $1.2 billion Bluewater shopping centre in London.

Westfield has also been busy in the US. The company is expanding its 1 million-sf Westfield Shoppingtown Topanga, in Canoga Park, CA, by 600,000 sf at a cost of $300 million. That expansion, which will add 100 specialty stores and a Neiman Marcus, is planned for a spring 2008 opening. Westfield is also frequently brought up by analysts as a potential acquirer of US malls. 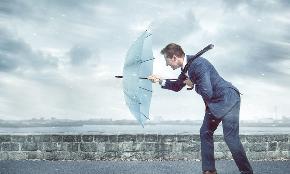 Stagflation Likely, But 'Short Lived' As Inflation Heats Up 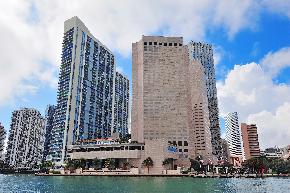 Industry veteran Susan Bands joins the firm from Marcus & Millichap to support its advisory business within the region.