ORLANDO-The Lightstone Group of Lakewood, NJ has closed on its April 1 contract to buy the 700,000-sf Belz Factory Outlet World and the 200,000-sf Belz Designer Outlet Center, 12 miles from Walt Disney World, from locally based Estein & Associates USA Ltd. for an estimated $180 million or $200 per sf, as GlobeSt.com reported April 7.

Lightstone chairman and principal David Lichtenstein confirmed the closing in a prepared statement. Neither Lichtenstein nor Akiva Elazary, Lightstone’s director of acquisitions, could be reached to confirm the closing price. Both were reported by their home office to be in Las Vegas attending the annual International Council of Shopping Centers convention. For more Lightstone news from ICSC, click here.

However, Orlando retail and industrial brokers familiar with the two properties and the transaction, tell GlobeSt.com the centers couldn’t be replaced today for less than $200 per sf. “If the closing price was under $180 million, I would have to tell you Lightstone got themselves a helluva good deal,” a south Orlando broker who has closed on recent Disney-area properties tells GlobeSt.com. 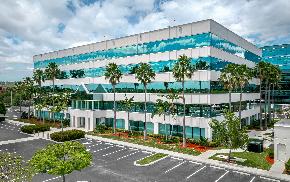