EL DORADO HILLS, CA-Recent results at Smart & Final should be a confidence-builder for the chain of chain of 235 non-membership grocery warehouse stores, according to a new report by Dutton Associates analyst Jon Ziegler. The updated Dutton report maintains a buy rating and a $15 per share target for the company.

“The second quarter ended June 19 was a confidence builder for Smart & Final following a weather-related disappointing first quarter,” the Dutton report says. It cites same-store sales growth that rebounded to 4.1% versus a year ago and was up 10% over a two-year period since last year’s results were distorted by the often-discussed strike against Smart & Final supermarket chain competitors.

Ziegler’s report lists a number of favorable trends that “should begin to have a positive impact on Smart & Final’s business.” Among them is what the report describes as a realization by the major chains of “the futility ofrelying on price as the sole vehicle for driving traffic.” As a result, there are signs that “the market may become more differentiated, with more emphasis on service and less on price,” it says. Although such a shift will help the major chains, it will also help Smart & Final, “which has a model built on favorable prices, coupled with low operating costs,” the Dutton report says.

Smart & Final already has commitments for six stores to be opened during the first two quarters of 2006, and management is working on opening 15 to 20 new stores next year, but store expansion alone will not be the only driver of increased sales at the chain, according to the report. It points out that as older stores are remodeled and new stores are built, Smart & Final also plans a shift in merchandising toward fresh, frozen, meat and produce. This shift, along with the stocking of more “treasure-hunt style” merchandise, could bring more traffic to the stores and increase the average transaction size for Smart & Final.

As Ziegler explains, Smart & Final operates two store concepts, the Cash & Carry Ltd., or green stores, and the Smart & Final, or red stores. The green stores have their roots in the Pacific Northwest and are designed strictly to serve the institutional food service client. The red stores, in the Los Angeles area, are aimed at a broader customer base.

The Dutton analyst says Smart & Final management is now early in a test to bring the green and red stores together, having introduced the first green store in Los Angeles last March. “We view this as a low-risk, but potentially high-payoff business model,” his report says. 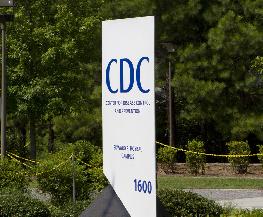