ORLANDO-In the highest retail per-sf-price deal of the year here, New York-based TIAA-CREF Inc. paid an affiliate of Glenview, IL-based Illinois Tool Works Inc. $57 million, or $387.19 per sf, for the 16-year-old, 147,214-sf Crossroads at Lake Buena Vista directly across the entrance to Walt Disney World at State Road 535 and Interstate 4.

Area retail brokers in a position to know tell GlobeSt.com TIAA-CREF beat out two dozen national bidders for the asset. The selling entity was ITW Mortgage Investments IV which had owned the 90%-leased property for five years, brokers intimate with the transaction tell GlobeSt.com.

Disney Development Co. built the open-air neighborhood-sized center in 1989. Disney had a waiting list of 75 retailers who had vied to lease space at the prime tourist location, brokers who did deals there at the time tell GlobeSt.com.

The Orlando and Atlanta offices of Trammell Crow Co. negotiated the Crossroads at Lake Buena Vista deal for ITW.

158.3 million people are expected to hit the stores this weekend. 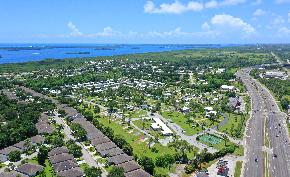