While most up-and-comers climb corporate ladders, Bruce E. Mosler, chosen two weeks ago to be president of US operations for Cushman & Wakefield Inc.,…

While most up-and-comers climb corporate ladders, Bruce E. Mosler, chosen two weeks ago to be president of US operations for Cushman & Wakefield Inc., did it by knocking on doors. He’s a broker by trade and, indeed, by reputation, having garnered two Real Estate Board of New York Deal of the Year plaques–one of them for his part in landing Reuters in Times Square two years ago. But wrestling a deal to the ground is a far cry from keeping a $700-million global corporation afloat. Or maybe not so different, as Mosler stated in a recent interview. He talked about the differences–as well as the similarities–in job function and he shared some his plans for pushing the US operations forward.

GlobeSt.com: Congratulations on the promotion. When does it take effect?

Mosler: Actually, it phases in. On September 1, I took over the New York region, October 1 is the Eastern region and January 1 is the Western region. But I’m already working closely with our people in all of the regions now.

GlobeSt.com: You’re a broker by nature, a trench warfare guy. Are you equipped to pilot a desk?

Mosler: The job is very different in that I won’t be focused on transactions in the traditional sense. But it’s very much the same in that, as a broker, I used to run a business within a business. Now, I’m trying to build a strategic platform, rather than closing deals.

The other thing I bring to the table is that I have the patience and the vision to take this company–which has always been client-driven–to another level of service. I have empathy for what it takes to be successful in the field. There’s a definite advantage to having someone coming from where I come from.

GlobeSt.com: What does another level of service mean?

Mosler: There are two things I’m focused on. The first is developing a national strategy that supports the core businesses we’re in today and identifying those areas that need to be tweaked. For instance, we’ll be looking at strategic office opportunities around the country, especially in terms of acquiring businesses or people in the markets where we could use more market share. We’re not talking about growth just for the sake of growth, but where these acquisitions will make the most strategic sense to support that platform.

I’m also looking at what the business of the future will be. In that area, I have two national initiatives for additional core platforms. The first is retail. We’re not a national player yet; we’re in a few pockets. A second push will be in the industrial area. We currently do a lot of industrial today, but we have not resourced or focused it, and we should be able to do much more.

GlobeSt.com: Why is it necessary to push into these areas now?

Mosler: Look at the office markets. Depending on the area, its either about to peak or has peaked. So it’s obviously wise for us to diversify and tap into the exponential upside in retail and industrial. To accomplish that, I’m hiring national directors for both sectors.

GlobeSt.com: How much could each of the markets increase your income stream?

Mosler: I’d like to see industrial double from our current $80 million. Let’s just say that retail will be a significant part of the mix by 2002. It won’t be there in 2001.

You know, we were talking about the change of roles. There are certain skill sets that make someone a successful broker–such as the ability to cross-sell and comprehend the big picture. What I want to do at Cushman & Wakefield is position these national initiatives and in so doing accomplish such goals as improving morale and the open book policy–for brokers as well as managers.

GlobeSt.com: Which implies that morale has not been where it could be.

Mosler: It never had the emphasis it will have in the future.

GlobeSt.com: So, are the dailies right? Are you simply going to be herding a bunch of brokers? You know, trying to pep-talk a bunch of cowboys?

Mosler: This is not about cheerleading, nor is it about being a psychiatrist. It’s about positioning our business. Cowboys will always exist, but what’s new for us is that there’s a consensus among leadership on how to run this company, and by leadership, I mean the broker leadership as well. Most people embrace this change, and they will continue to buy in as long as we deliver the results.

GlobeSt.com: Speaking of results, what were your revenues for 1999 and how do they compare with your projections for year-end 2000?

GlobeSt.com: And where do you want this company to be by the end of 2001?

Mosler: I want to see this company cross the billion-dollar mark. Not because that’s what matters, but certainly because everything we do should be reflected in the bottom line and the development of a new cadre of services. Our revenues will reflect our ability to initiate opportunities in those services. That’s where I want our company to be.

LIHTC, Construction, and Green, Oh My!

While pursuing green financing on an affordable housing deal seems like an extra level of complication, broader benefits and cumulative savings may make the effort worthwhile. 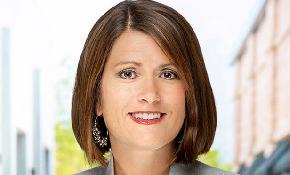 Are historic buildings the cure for what's ailing retail?

While redeveloping historic properties can be challenging, broader benefits can make adaptive reuse an attractive option for developers, investors, and/or occupiers to differentiate their brands, demonstrate ESG priorities, and leverage unique financing opportunities.