As we all know by now, the Terrorism Risk Insurance Act of 2002 is due to expire at the end of this year. Absent some legislative action, the availability…

As we all know by now, the Terrorism Risk Insurance Act of 2002 is due to expire at the end of this year. Absent some legislative action, the availability of loans to fuel the commercial real estate market may, once again, be curtailed.

Two companion bills currently before the House of Representatives and the Senate, H.R. 1153 and S.467, respectively, seek to extend the act until 2007. Among other things, the bills include provisions to ensure that insurance policies written during the last year of the program do not lose their terrorism coverage before such policies expire and require the Treasury Department to develop recommendations on long-term solutions to the terrorism-reinsurance program.

Treasury Secretary John W. Snow articulated the Bush Administration’s position in his Treasury Department Report on TRIA, which was recently submitted to Congress. The Administration believes that TRIA has been effective in achieving its temporary objectives of supporting the real estate industry during a transitional period and stabilizing the private insurance market; however, that market has not come forward with responsive innovations as TRIA intended. The Administration further believes that continuation of the program in its current form is likely to hinder the development of the insurance market by failing to allow the market to correct itself. Snow stated that the Administration is willing to support renewal of the program, but only with certain significant changes, including a $500-million threshold for the size of an event that triggers coverage (as opposed to the current $5-million threshold), and increases in dollar deductibles and percentage co-payments.

Senator Richard C. Shelby, the Alabama Republican and chairman of the Committee on Banking, Housing and Urban Affairs, which currently holds the Senate version of the bill, and Senator Paul S. Sarbanes, the Democrat from Maryland and the ranking member of the Committee, both initially fell in line with the Administration’s position on TRIA. Shelby testified at a Senate Committee hearing that he remained skeptical of the need to extend the program beyond a year. Representative Michael Oxley, a Republican and chairman of the House Committee on Financial Services, the committee charged with overseeing TRIA in the House, has been quoted as saying that he did not believe that an extension of the program was “in the best interest of American consumers or the economy.”

More recently, however, the committee chairs are reported to be changing their tune on TRIA. Oxley reportedly told the financial services committee that he is “committed to delivering a bill to the House floor this year. I think it would be the height of irresponsibility on our part as legislators to allow TRIA to expire. I think the potential for damage is large.”

In addition, Shelby said that some type of federal program was probably needed to help insurance companies ease off their reliance on the government. “I believe we will pass some type of TRIA,” he said.

Democratic New York Senators Hillary Rodham Clinton and Charles Schumer, along with 21 New York State Representatives, agree with Oxley and Shelby’s more recent position. In a statement released by his office, Schumer characterized the Treasury Department report on TRIA as slanted, stating that the report “can point to no evidence that the private market can fill in the potential gaps. Most experts, including Alan Greenspan and the credit-rating agencies, say that there are certain types of costs that the government must bear, like violence from abroad or terrorism.” Schumer further explained in a Senate Committee hearing that in order to avoid a repeat of the near paralysis of major construction and other business activity that occurred prior to TRIA, the bill must be renewed.

Agreeing with her colleague, Clinton issued a statement explaining that the call to let TRIA expire is careless and has the potential to put countless New York businesses in jeopardy. Representative Steve Israel (D-NY) went even further claiming, “it is vital to our national and economic security that a federally guaranteed terrorism-insurance program continues without an arbitrary deadline.”

If TRIA is not extended or replaced by a more permanent measure, the market may correct itself, but how long will it take to correct and what will be the consequences of the uncertainty in the interim? Is it fair that private industry may be forced to underwrite the costs of terrorism? The federal government underwrites the costs of natural disasters such as floods. Why should it not underwrite the costs of the aftermath of terrorism? As the July 7 attacks in London demonstrate, terrorists can and will still attack our cities, regardless of the tremendous efforts made to prevent them. Those of us who live in cities such as New York and work in the real estate community have first-hand knowledge of the effects of terrorism. The federal government must do what it can to protect its citizens from the adverse effects of terrorist acts. TRIA needs to be extended. 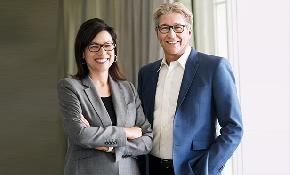 How CRE Can Adapt to Climate Change

An urbanizing world has put commercial real estate practices in the spotlight. Gensler’s Co-CEO’s Diane Hoskins and Andy Cohen discuss the ways the industry can lessen its climatic stress.

Webcast Date: Tuesday, March 3, 2020 | Register for this webcast to learn about energy-efficient strategies that could help lower operating costs, while also contributing to profitability goals.